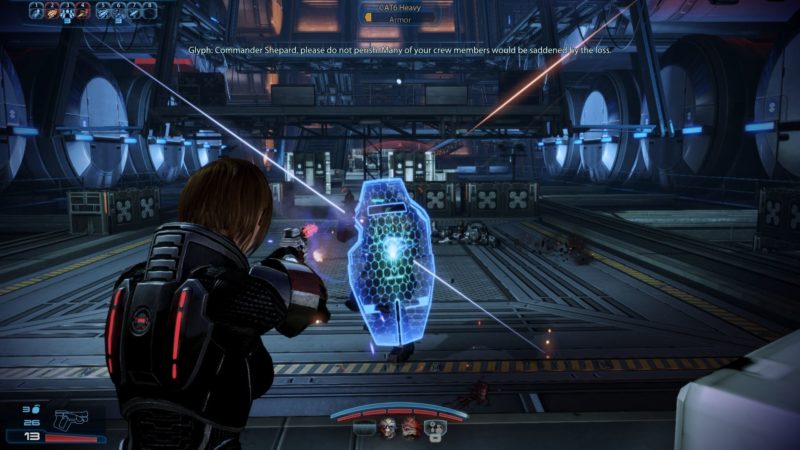 “Mass Effect 2” has a variety of options that can have a deeper impact on the game. Certain choices will directly challenge your conscience. How do you feel about the same? The choice is still your choice. This guide will discuss “Mass Effect 2 Gaith Heresy”. On the “Legion’s Loyalty Mission”, you will learn about the Geth virus problem. You will have the option to destroy Geth Heretics or rewrite it. Here is what to do and the result of these two options.

What if I destroy Geth Heretics?

Geth generally does not have the same feelings or emotions as a person. They are destroyed by viruses which are turning into enemies. When you speak to the Legion, you will learn that you can destroy the Geth Heretics. Here, you choose to destroy the entire race by performing the same operation. This will have an impact on the Legion as well, but if you don’t want any more enemies this seems like the best approach.

You will have to choose an option – It’s safe to kill them. Choosing this path will be clear, but your hands will be stained with blood. This is more of a moral choice, and the conversation with the Legion seems like he really wants to save his race.

What if I rewrite Geth Heretics?

Legion will leave the call on you, and writing “Geth Heretics” is morally satisfying. This will also strengthen Geth’s position in the future. Geth will continue to live here. Rewriting heretics means rewriting their conscience, which affects the machine. But they will have a chance to live, but who knows that they are still new enemies as before.

This choice is like brainwashing the Geth’s. You are removing viruses, but they may also lose their personal common sense in the process. However, Legion confirmed that they will be better in the future. By meeting with Heretics, experience will strengthen them to cope with such infections. But there is no guarantee that they will treat you like a friend.