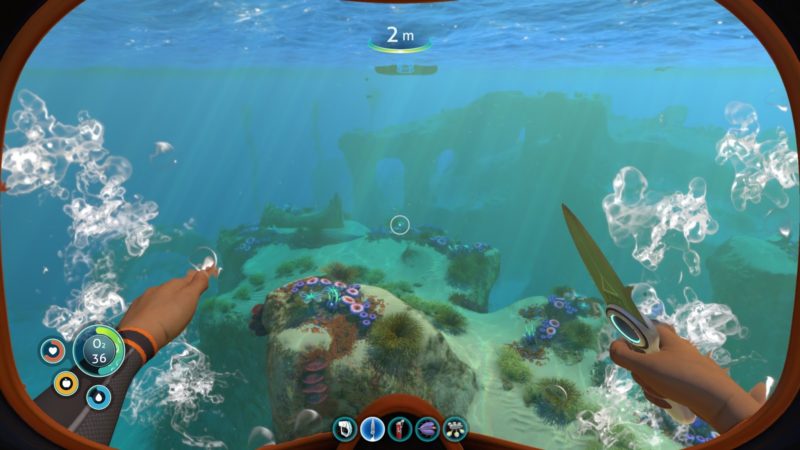 The ice worm is a Leviathan Class Fauna that can be found in Subnautica Below Zero. It can usually be seen in the game’s “Arctic Spike” biome. These creatures are huge, 95 meters to be precise. Glacial worms are extremely regional and always lurk under ice terrain. Now that you’ve understood the basics, let’s learn more about “Ice Worm.”

You will find the “Ice Worm” in the “Arctic Spires” biome. Ice worms cannot swim. It only operates on cold surfaces. Ice Worm is very aggressive. So be sure to tread carefully. They also act as ambush predators, ready to pounce and snack at any time. You can use a thumper to avoid them. Using a thumper will make a loud noise. Due to this noise, the ice worm will not radiate near your character. They are the only known non-extinct terrestrial Leviathans on planet 4546B.

Ice worms look like worms. The exoskeleton of ice worms is thicker. Its outer body has backward-facing spikes. The spikes help the ice worms easily penetrate the soil. The head of the ice worm is shaped like a horn. This is the hardest part of the body and the main part that helps it with the burrowing process.

As mentioned earlier, ice worms are territorial. They will attack with the slightest provocation. Although they do not appear to have eyes, they use the vibrations of the ground to track their prey. Once it has fixed on the target, it will jump off the ice and dive into the water with its horn first. You can use Sonic Devices to distract the ice worm.

Before attacking, the ice worm will roar. This shows their intention to attack. Usually the ice worms will go after Snow Stalkers. It can also perform attacks from underground, so be careful. We will ask you to stay away from the ice worms. It’s very aggressive, and if you are far away from your thumper, then you’re as good as worm food.

This is everything you need to know about the Ice Worm in Subnautica Below Zero.