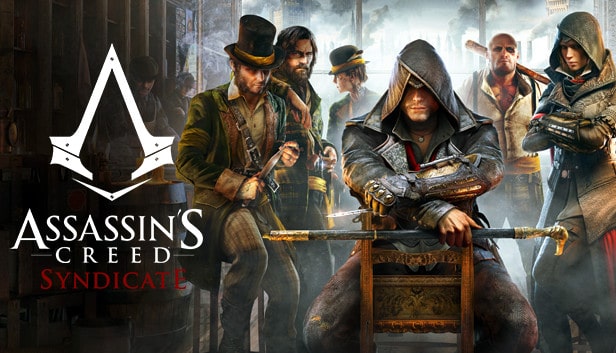 Assassin’s Creed Syndicate is an action-adventure, stealth game played from a third-person perspective, that features similar gameplay elements to the previous games in the series. Players complete quests—linear scenarios with set objectives—to progress through the story. Outside of quests, the player can freely roam the open world. Composed of the greater area of Victorian London, consisting of seven boroughs, the world of Assassin’s Creed Syndicate is much larger than previous entries in the series. The player can also perform side missions, which were designed to reflect the fight for power in London, and are cohesive to the game’s main story. In keeping with a historical context that more closely resembles the modern-day, the city guard of previous iterations is replaced by a Victorian-era police force, who will rarely attack the player unless a crime is committed in their presence; the player’s main enemy is instead a Templar-controlled street gang called the “Blighters.”

The game lets the player control two characters: twins Jacob and Evie Frye. Jacob is a hot-headed brawler, specialising in close-ranged combat, while Evie is strong in stealth and relies on her intelligence and wit. Additionally, Evie is the first playable female protagonist of the main series.The main weapons of Syndicate include brass knuckles, a compact revolver, a cane-sword, and the traditional Nepalese curved kukri knife. The game also introduces new systems to navigate the world: a rope launcher, which allows the player to rappel up structures, or create a zip-line between buildings; carriages, which can be piloted or simply occupied by the player, and can be the setting of fights and parkour chases; and a train, which serves as the main base for the player throughout the game. Unlike its predecessor, the game has no multiplayer mode, and does not feature a companion app, which was introduced in Assassin’s Creed IV: Black Flag.

Almost perfect. For me one of the best parts of the series. Optimization is at a decent level, although it needed some more parts to fix it. Definitely worth to buy

The last Assassin’s Creed before they changed the gameplay. No eagle in the this one, game is pretty simple and most of it set in London, while it’s a bit better than Unity it sits at the bottom alongside it.