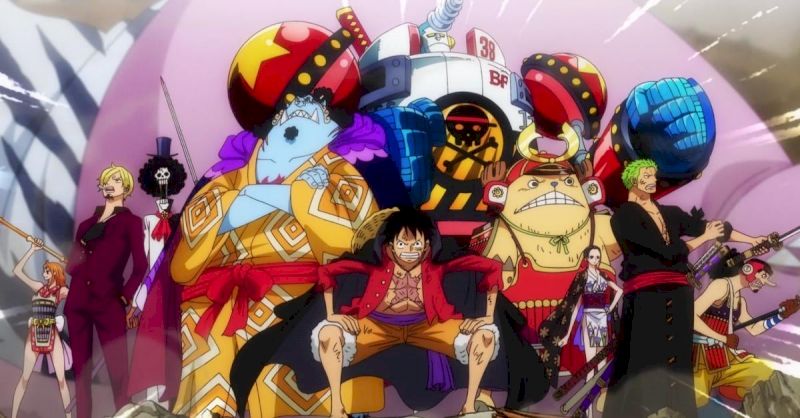 The collection creator behind One Piece has formally introduced that the manga collection can be taking an extended break as he will get prepared for the Final Act of the lengthy working epic, and has detailed what to anticipate with a particular new letter to followers! The newest chapters of the manga have seen the Wano Country arc come to its finish, and though there are nonetheless extra moments to discover within the fast fallout of the large battle at Onigashima, it is clear that the collection is preparing for what’s subsequent. It seems that what’s subsequent is definitely going to be the top.

One Piece collection creator Eiichiro Oda confirmed that he’ll start work on the Final Act of the manga collection general, however on account of how a lot is definitely occurring for the collection this Summer, the editors at Shueisha had urged him to take a break. So in an effort to prepared himself for what’s subsequent to return, Oda detailed his ideas behind the break in a particular letter that outlined all the pieces taking place (as translated by @WSJ_manga on Twitter) and famous that it will not be too lengthy earlier than the collection is up and working once more.

“I’m taking a break! A few months ago, my talented editors told me, ‘Oda-sensei, this Summer will be tough. The 25 Anniversary of the series will take place, and there will also be a commemoration for the release of the [One Piece: Red] film,” Oda started. “The story of Wano is also now over…You also want to travel to Africa to supervise the filming of Netflix’s live-action. During Summer, we will also have collaborations, commercials, and events. Would you like to take a whole month off in order to prepare for this excitement?'”

Oda continued additional with, “I said, ‘What? Taking a break!? How much do you think readers enjoy Jump…But resting!! And I want to go to Africa tooooo!!’ I also want to reorganize the final arc of the series, so I can finish it as soon as possible. So…I’m sorry, but I’m going to take a breather and some time to prepare.” Then the creator opened up in regards to the collection’ fast future plans, “After my vacation, a raging One Piece festival will start! This break will not be immediate.”

“Starting today, two more chapters will be published, and the break will take four weeks from Jump Issue #30 to Issue #33! Give me some time to breathe! (The previous trip to Africa was ruined by Coronavirus, sadly),” Oda continued. “Series will be resuming in Jump’s Issue #34 on July 25th! And please look forward to One Piece Film: Red, which will be screening on August 6th! [in Japan] There’s something interesting happening with this one. All the production staff of the movie loves Uta-chan. It’s not like the movie is completed yet though. Anyway, I’m sure you will all feel the same way sooner or later! Please look forward to it!”

What do you assume? How do you are feeling about One Piece preparing for the ultimate act of the collection? What would you need to see go down? Are you prepared to attend for a month with out new chapters this Summer? Let us know your entire ideas about it within the feedback! You may even attain out to me instantly about all issues animated and different cool stuff @Valdezology on Twitter!