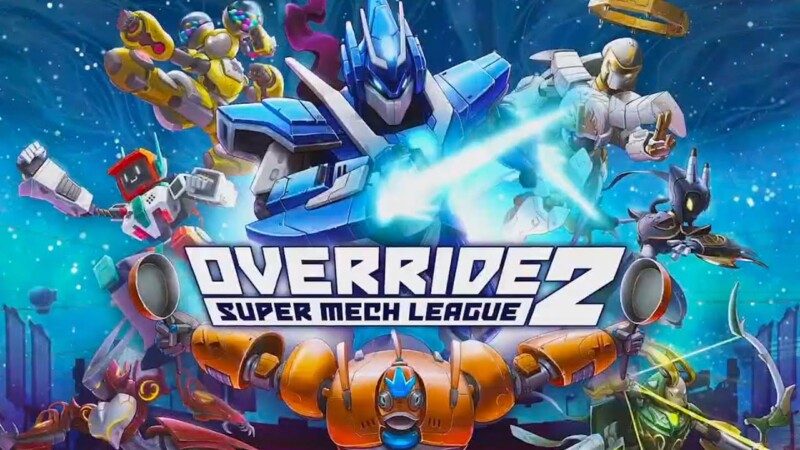 The gigantic robot brawler is Mech-ing a super-charged comeback in Override 2: Super Mech League! Start as a new pilot and propel yourself through the ranks in a deep and robust Career Mode. Join Mech Leagues and earn reputation by competing in Arenas located across the globe. Duke it out with a tuned-up roster of returning robots and new mechs across various versus and co-op game modes of up to 4 players online and locally. Defeat your opponents using an arsenal of unique moves including super-charged ranged attacks, metal-busting combos, or an arena-shattering ultimate attack!

Career Mode. Fight in Mech Leagues and soar to new heights, aiming to be the best mech pilot. Represent your Club and work together with its members to earn Influence and rewards!
Ranked Rumbles. Two Mechs enter, one leaves. Battle through the competition and climb the ranks to become a legendary pilot.
Mech Mania. 20 playable robots including brand-new mechs with unique abilities, skill sets, and Ultimate moves.
Hazardous Arenas. Competitive fighting grounds that include dynamic elements such as geysers, lava pools, and platforms that encourage strategy and unexpected outcomes.
Upgraded Game Mode. Pick your playstyle across match types including 1v1, 2v2, free-for-all and several games such as Xenoswarm, King of the Hill and more.

Perhaps an online community would provide a spark, but as it is, it’s pretty rusty.

The action is fun in short bursts and accessible, the mechs feel distinctive and are well designed. There’s a lack of different game modes, online is completely dead, arenas are small and lifeless.

A fantastic Arena brawler that hits every itch I could want fighting as a giant robot. However it is very apparent it will be falling short just as its predecessor did.