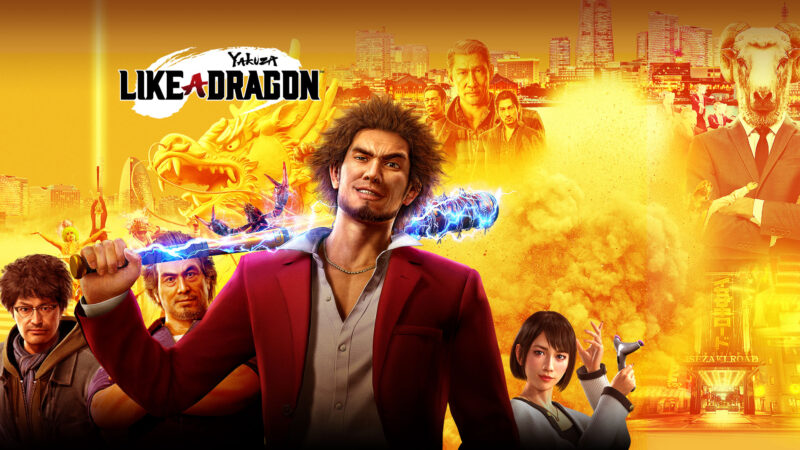 Similar to previous games in the Yakuza series, side-quests (known as sub-stories in-game) can be taken up by the player to gain additional rewards and players are also able to enjoy the various side activities around the map such as karaoke. A new side-activity introduced in this game is Dragon Kart, which is similar to other kart racing games in terms of its gameplay.

A huge departure from previous Yakuza games is the battle system. Instead of the real-time beat ’em up mechanics of previous games, Yakuza: Like a Dragon features turn-based RPG type combat, with a four-person battle team. However, unlike typical turn-based RPGs, characters may use nearby surrounding items such as bicycles to attack enemies (if the items are near the enemies) or may kick surrounding items to their target if there is an interactive item in the environment on the way to the enemy, an aspect that returns from the previous Yakuza games. Players can also call on various party assists to strengthen the party or defeat enemies, with more assists added as the story progresses or through the completion of sub-stories. Players can still continue exploring the world after completing the game. A new game plus mode with additional difficulty settings exclusive to this mode is scheduled to be released as paid downloadable content.

Yakuza: Like a Dragon takes some bold steps in a new direction for the series but neglects to maintain its balance.

It takes a while to really get going, but once things finally kick into gear, Yakuza: Like a Dragon blossoms into one of the most unique and engrossing RPGs on PS4. At its core, this is still the Yakuza that we know and love, with shocking story beats and fantastic characters, but in embracing the structure of an old school RPG, it successfully branches the series off in a whole new direction.

Everything in the game is just amazing, the turn based combat doesn’t seem boring at all, from a yakuza fan is a must play