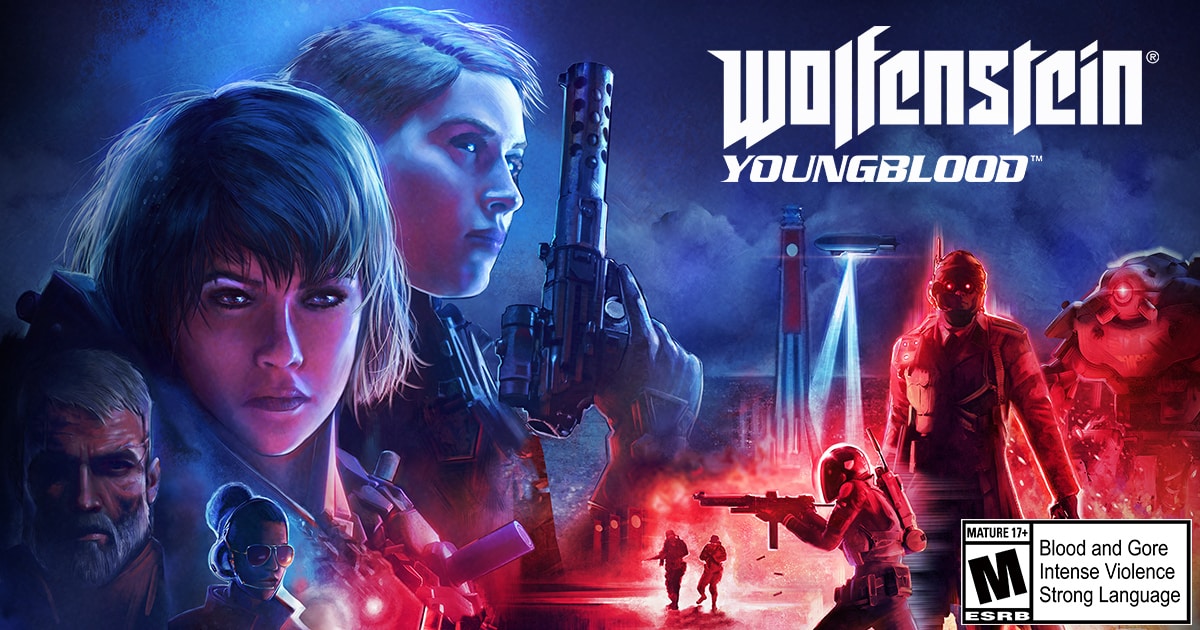 Wolfenstein: Youngblood is a first-person shooter developed by MachineGames and Arkane Studios and published by Bethesda Softworks. A spin-off of the Wolfenstein series, the game was released for Microsoft Windows, Nintendo Switch, PlayStation 4 and Xbox One in July 2019 and Stadia in November 2019 as a launch title. The game received mixed reviews from both critics and fans.

The player assumes control of either Jessie or Zofia Blazkowicz from a first-person perspective; an optional cooperative multiplayer mode is included. Players can complete the game with another player or with an artificial intelligence substitute. Missions can be completed in a non-linear order, and players can unlock new gear and abilities as they progress in the game.

Wolfenstein: Youngblood is an aggressively okay co-op shooter that doesn’t come close to recapturing the joy of its predecessor’s action or its surprisingly interesting characters and story. It doesn’t completely fumble the fun of its weapons and abilities or counteract the pleasing sensation of squishing Nazis between your toes, but it does make it harder to enjoy at seemingly every turn with an out-of-place leveling system, busted stealth gameplay, some aggravating boss fights and inadequate checkpoint saves. Frankly, I expected more from the Blazkowicz twins.

Youngblood’s gorgeous, terrible world is worth exploring, despite a slight narrative and oppressively boring progression systems.

I dont know what developers were thinking when making this game. They messed up the simple formula on killing Nazis. This game should have been paid DLC to Wolfenstein 2 instead. Me and my friend were literally pushing ourself to finish the game.