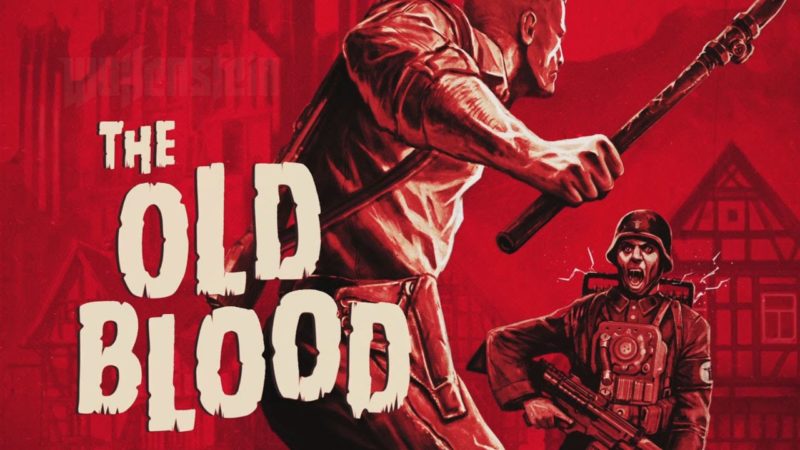 Wolfenstein: The Old Blood changes little from the basic gameplay of The New Order. All things considered, it is an action-adventure shooter game played from a first-individual point of view. To advance through the story, players take on adversaries while exploring all through levels. The game uses a wellbeing framework wherein players’ wellbeing is partitioned into independent areas, “wellbeing” and “covering”, that recover. On the off chance that a whole segment is lost, players must discover and utilize a health pack or body defensive layer piece, to recharge the missing health.

Players use skirmish assaults, guns and explosives to battle foes, and may run, bounce and at times swim to explore through the areas. Scuffle assaults can be utilized to quietly bring down adversaries without being identified. On the other hand, players can snare adversaries, which will bring about an exceptional firefight between the two gatherings. Foe types shift; standard Nazi human soldiers, which differ in quality, robot-like characters known as Supersoldaten (Super Soldiers), monster mechanical canines known as Panzerhunds, zombie-like Nazi soldiers and regular people known as Shamblers, and horrendous pooches are a portion of the adversaries players will experience.

Wolfenstein: The Old Blood doubles down on blood and guts, but in doing so sacrifices some of its heart.

Wolfenstein: The Old Blood is very much an expansion of its fun, entertaining predecessor, but doesn’t quite pack the same emotional clout. Still, a great FPS worthy of your attention.

MachineGames are still masters of first-person violence, but this return to Castle Wolfenstein doesn’t give them anything new to work with.