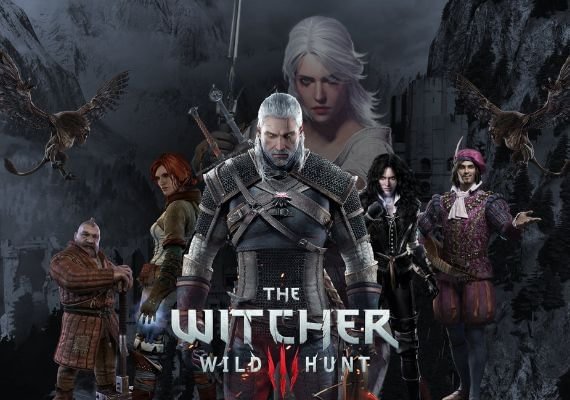 The Witcher 3: Wild Hunt is a 2015 action role-playing game developed and published by Polish developer CD Projekt Red and is based on The Witcher series of fantasy novels written by Andrzej Sapkowski. It is the sequel to the 2011 game The Witcher 2: Assassins of Kings and the third main installment in the The Witcher’s video game series, played in an open world with a third-person perspective.

The game takes place in a fictional fantasy world based on Slavonic mythology. Players control protagonist Geralt of Rivia, a monster slayer for hire known as a Witcher who is looking for his missing adopted daughter on the run from the Wild Hunt, an otherworldly force determined to capture her. Players battle the game’s many dangers with weapons and magic, interact with non-player characters, and complete quests to acquire experience points and gold, which are used to increase Geralt’s abilities and purchase equipment. Its central story has several endings, determined by the player’s choices at certain points in the game.

Though the straightforward and fetch-quest-heavy main story overstays its welcome, the option of joyfully adventuring through a rich, expansive open world was always there for me when I’d start to burn out. Even if the plot isn’t terribly interesting, the many characters who play a part in it are, and along with the excellent combat and RPG gameplay, they elevate The Witcher 3 to a plane few other RPGs inhabit.

Role-playing games don’t come better than this: The Witcher 3 is the finest example of an RPG. And now it’s available for Nintendo Switch so you can play it on the go.

All things considered, however, The Witcher 3: Wild Hunt is a fantastic role-playing game on all three of its platforms, and a treat for those that enjoy losing themselves in lush virtual worlds.