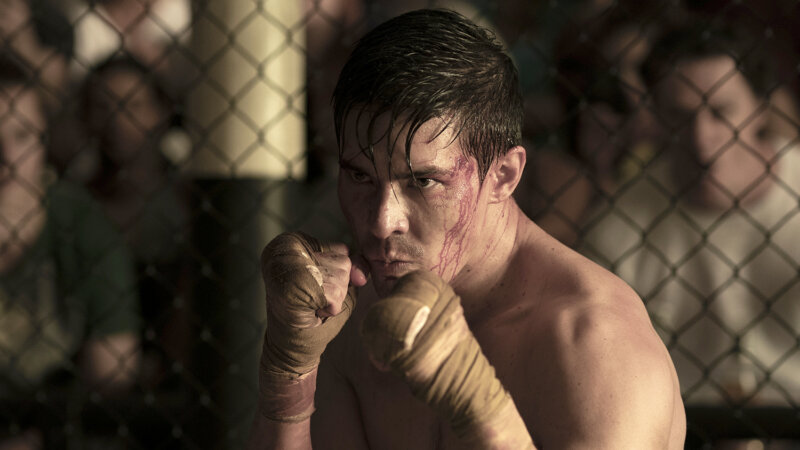 With the new movie “Mortal Kombat” released this week and shown on HBO Max, it’s hard not to look back at the previous movies, “Mortal Kombat 1995” and 1997 “Mortal Kombat: Annihilation.” Not only do the game’s characters make up the supporting role of the film, but the story revolves around the iconic Liu Kang. However, in this new movie, the main characters are not from the game.

He’s an original character, and while the new Mortal Kombat is equipped with super-powered fighters, fans of the franchise will be very familiar – save for a few surprises – this is basically the story of Cole Young (Lewis Tan). A new job for a movie. What we do know about Cole is that he used to be a mixed martial arts champion who got into trouble during tough times and got caught up in a mysterious Mortal Kombat game due to a dragon-shaped birthmark on his chest.

In fact, everything else about the character is kept secret. However, director Simon McQuoid told GameSpot that using Cole as the main protagonist of the story was an easy decision. He explained: “We need a way to attract new audiences and have new eyes to go in and learn things.” After all, Mortal Kombat clearly has a loyal fan base and will persist in pop culture in this market.

Most viewers are unaware of the long and complicated stories that have been spread through various games, movies, and animated series over the past thirty years. Like them, Cole is learning this new world, fighting monsters, ninjas, and any Kano to the death.

As for the characters created in the game, their understanding of Mortal Kombat is different. What we can be sure of is whether Jax has any personal experience with Sub-Zero, and Jax’s arm can be seen frozen and shattered in the first trailer. This seems like a good pick to help guide the audience, especially even if the movie can’t show everything on the screen, the movie will stick with the legend of the game.

“[The lore is] so complex that a film can’t really house a lot of it,” McQuoid previously said. “So there’s a lot of it that’s just not there. It doesn’t mean we’re not truthful to it, it’s just that we couldn’t touch everything. So [we] just tried to be as truthful and as true to that as we could when we talk about stuff. And as we sort of put it within the film story construct, the sort of structure of our film, we had to consider, ‘Is this too complex?'”

As for the film being able to penetrate the depth of the established backstory, we already know that it will explore the origin of Scorpion and its long-term competition with Sub-Zero. In fact, this is how the movie is shown.