What Are the Rarest Fortnite Skins? 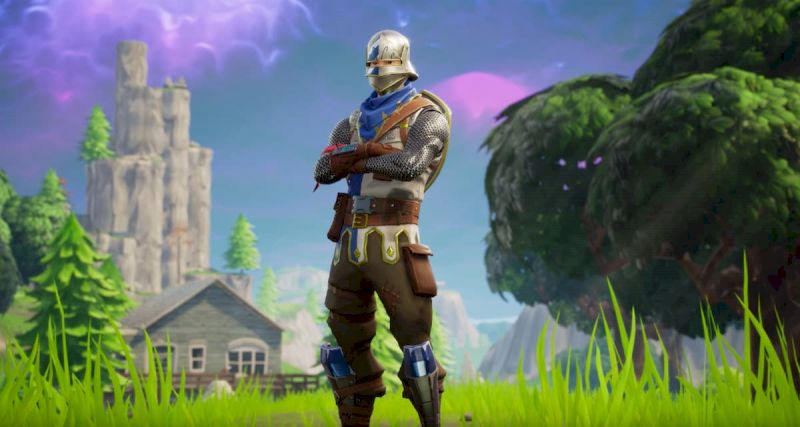 It’s no secret that Fortnite is one of the most popular games out right now. It’s also been around since 2017, which is just ridiculous in and of itself. As a result, the game has produced countless character skins over the years. A large majority of which have completely faded into obscurity.

With new outfits being introduced every season, it’s easy to forget about some of the classics. So, today we’ve decided to take a look at a few of the rarest Fortnite skins of all time.

We’re going to kick things off with a limited and exclusive skin that hasn’t been seen since it’s initial release, The Royale Bomber. This skin could only be unlocked with the earlier PlayStation 4 bundles. Plus, this offer was only available in Europe. Which has led it to be one of the rarest Fortnite skins to date.

Next up we have the Pink Ghoul Trooper. Now, unlike the standard Ghoul Trooper or the more specialized zombie edition, the pink version hasn’t been spotted since December 2018. While some veteran players from back in the day still have access to it. Nobody else has been able to obtain it since and it seems unlikely that it will be coming back to the Item Shop anytime soon.

Now, I know what you’re thinking, “how can a skin be considered rare when it was in the Item Shop less than two months ago?”. Well, that’s because nobody bought it. The Recon Expert skin is perhaps the least interesting skin of all time. Even though it goes for around 1,200 V-Bucks, you’ll be hard pressed to find anybody rocking this outfit today.

The Krampus skin is another limited-edition outfit that came out way back in 2018, and was only featured during the holidays of that year. Originating from Deutsch folklore, the “Krampus” is a half-human, half-goat creature that’s basically the opposite of Santa Claus. Despite being draped in fancy Christmas attire and featuring a bright blue tongue, nobody was too interested in it when it came out. It was also one of the more expensive Fortnite skins in the game at 2,000 V-Bucks.

Next up is the Galaxy skin. Which, similar to other Galaxy-themed items in Fortnite, was only available for those who purchased a Samsung Galaxy Note 9 or Samsung Galaxy Tab S4. Not only did this promotion take place back in 2018, when the game didn’t have nearly as large a following. But it was also replaced by the Glow skin in 2019. Leading it to be one of the rarest Fortnite skins of all time.

Related: What Is Fortnite Rule 34?

Similar to the Galaxy, the only way for you to obtain the Double Helix skin was by purchasing something pretty expensive in the real world. This time, the limited-edition Nintendo Switch back in 2018. You also received an exclusive DLC code for matching cosmetics as well as 1,000 V-Bucks. However, very few players took the bait and it hasn’t been featured since the day it was released.

Without question, one of the rarest Fortnite skins is the Aerial Assault Trooper. This skin first released in October 2017, and was actually the very first skin ever featured in the Item Shop. Meaning that it was introduced way before the idea of a “Battle Pass” ever even existed. At the time, it was priced at 1,200 V-Bucks for those that were able to get passed Level 15. However, it hasn’t been available to purchase in over 1,600 days.

The Reaper, also known as the original “John Wick” skin, was a legendary outfit that could only be unlocked by reaching Level 100 in the Chapter 1, Season 3 Battle Pass. Not only was this an incredibly difficult task but the skin also got replaced later in the game by an updated version. Since this newer version became most player’s go-to, many completely forgot about The Reaper. Which has led it to become one of the rarest Fortnite skins of all time.

Another exceptionally rare Fortnite skin is the Renegade Raider. Despite having a whopping 49 appearances in the Season Shop, this skin hasn’t been featured in the game since December 13th, 2017. Not only that but you could only obtain this skin by reaching Level 20 way back in Season 1. At the time it cost around 1200 V-Bucks.

Finally, we have the absolute rarest Fortnite skin of all time, The Black Knight. This male-only outfit was the the final skin released in the Season 2 Battle Pass. Requiring players to reach Level 70 before they could unlock it. Not only was this an extremely hard thing to accomplish but there was also no other way to obtain it. Which is why the skin hasn’t been seen since December 14th, 2017.

That’s everything you need to know about the rarest Fortnite skins. Be sure to check out some of our other Fortnite-themed content. Like when is Among Us coming out on Fortnite? As well as our dedicated guides section for more information on other popular gaming titles.