Valheim Elder: How to summon and defeat Elder 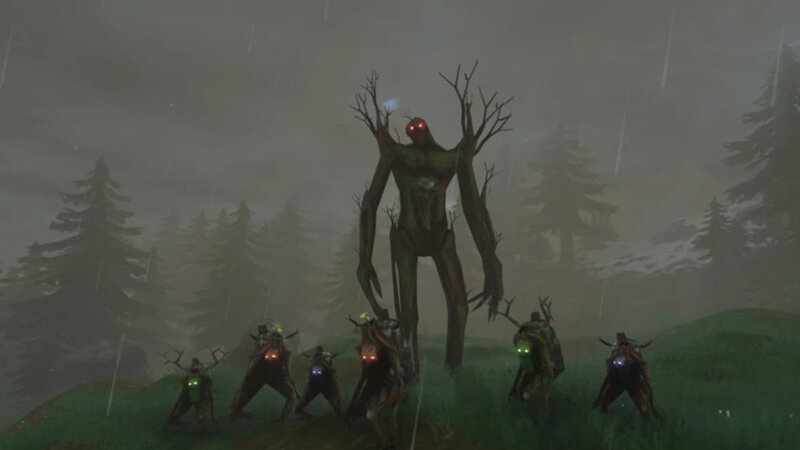 Most of Valheim’s progress is related to the boss fight, and “The Elders” is no exception. This huge tree-like creature is a powerful foe, but finding and defeating it will pay off big, helping you on the rest of your journey. Our Elder Leader Wars Guide of Valheimwill guide you to find, summon and defeat the elders, and the rewards you will receive after defeating this legendary foe.

Like all Valheim bosses, the Elders must be summoned to a mysterious altar. Although it is possible to find such an altar by accident, the chance is very small, so it is best to look for one of the bright red runestones in the Elders’ family biome – the Black Forest.

The runestones where the elders are found can be revealed by searching the stone towers and burial chambers in Black Forests. You can find these structures in every Black Forest on the Valheim map. You will know if you have found a suitable runestone, because hovering over the runestone will display the word “elder”. Interact with it to show the location of a mysterious ancient altar on the map.

How to summon Elder in Valheim

To summon the Elders, place 3 ancient seeds in the flaming bowl in the center of the Elder’s Mystical Altar. This is the meaning of the mysterious phrase “burn their young”, and it will appear if you read the runestone next to the altar.

Ancient seeds are found in the Black Forest. They can only be obtained by destroying the purple smoky Greydwarf nests scattered throughout the biome. These nests can be attacked like any enemy and will be destroyed after taking enough damage, leaving an ancient seed for you to collect.

Once you have destroyed all 3 nests and obtained their ancestral seeds, return to the mysterious altar of the elders. Place the old seeds in the hot pot pile, then place the sight on the burning pot, and then press the corresponding number key to move the old seeds from the hotbar into the bowl.

After a few seconds, the elders will be summoned to the world.

To make the Elder boss fight a lot easier, you must use the “Fire Arrows” to deal with him. Elders are very weak to Fire Arrows, so carrying plenty of Fire Arrows will make the battle shorter and less dangerous.

Elders can fight hard, but in fact this is a very simple enemy. The Elder is an towering tree-like bipedal figure with 3 attacks, which can be changed according to the distance between him and the target.

To prevent this battle from getting more difficult, I recommend that you explore the area around the altar before calling in the elders and make sure there are no enemies like Greydwarves or Trolls nearby.

For example, if you have full leather armor (preferably a little upgraded), a Crude or Finewood bow, and a bunch of Flinthead Arrows , to use as backup in case you run out, you can take on the Elder. You will also need a lot of stamina and health, so before summoning the boss, try to give yourself enough food for your maximum health to exceed 100.

In situations where the use of a bow is crucial, this is definitely a battle. Stick to the four pillars around the altar, because you can hide behind the four pillars to avoid long-range attacks by the elders.

Whenever it summons the roots, just avoid them and then cross another pillar. Continue to use a fully charged Fire Arrows to attack from a distance and it will gradually reduce the health of the Elder.

How to mount Elder Trophy

Once the Elder is destroyed, approach his remains to collect his unique loot: the Elder’s Loot and the Swamp Key. The elder’s loot must be returned to the circle of stones and placed on the elder’s stone to unlock the Elder Forsaken Power.

After activating this function, it will cause more damage to the trees for 5 minutes. It can be activated every 20 minutes. The “Swamp Key” is most useful because it allows you to unlock the Sunken Crypts into the “Swamp” biome. These areas are your main source of iron ore; otherwise, you won’t be able to develop further in Valheim.