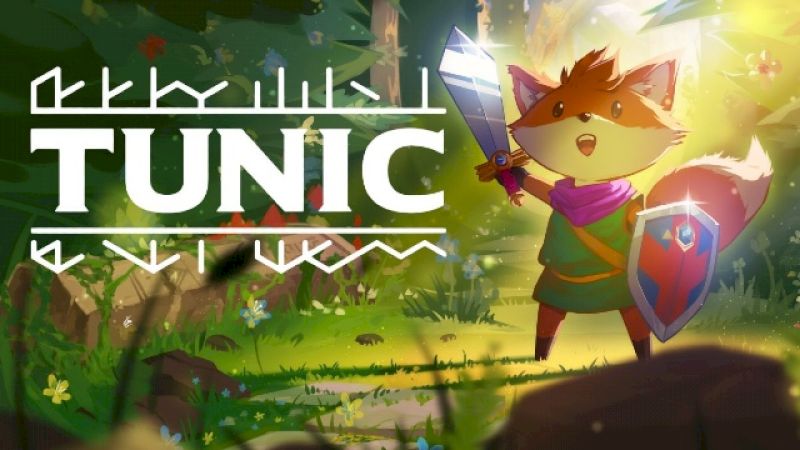 Tunic is an indie game that combines one of the greatest motion RPGs with old-school puzzle-solving and secret-hunting. Nonetheless, despite the fact that the game pays tribute to many of the titles that came before it, there are various secrets and tactics to discover outside of the central adventure. The game contains 12 hidden jewels that must be collected in order to complete the game’s main ending. So, where can you find these relics? Continue reading to find out.

Using this guide, you should have little trouble finding all of Tunic’s hidden gems. However, collecting all of them necessitates completing a large portion of the game. You won’t be able to fly right in and find all of them. Instead, you’ll want to go through nearly all of the manual pages and collect the most specific talents, since they’re essential to succeed in specific rewards.

To find the major secret treasure, go to the primary flame checkpoint at the start of the game. Then, go down the steps by following the same directions you would if you were heading to the east woodland. After completing the steps, you will come across an adversary and a door. Previously, this door was locked, but it should now be unlocked if you’ve completed the vast bulk of the game.

Enter the door, and you’ll see a sign on the wall in this short corridor. Next, take a seat on the concentrated square in the centre of the room. To open the key passage, use the D-Pad to suggest both sides of the wall, starting from the bottom. When that is full, the icon will transform into a door and open. If you travel into the abyss, you’ll find a chest holding a gilded statue of the Mayor.

Enter the door, and you’ll see an indicator on the wall in this little corridor. Then, stand in the centre of the room on the concentrated square. To open the key passage, use the D-Pad to hint at both sides of the wall, starting from the bottom. Once that is full, the icon will transform into a door and open. Head into the vacuum to find a chest holding a gilded statue of the Mayor.

You’ll need web page 39 of the manual to find this hidden treasure, since it contains a trail to follow to find it. Make your way to the marsh area and cross the gate once more throughout the day. Instead of going down after you reach the ledge on the fence’s side, continue down the route. A golden skull can be discovered at the trail’s end, as well as one on top of a gravestone on the lower stage. By wandering into the tombstone, you may move the skull from the ledge all the way down to it. Then, begin to work your way all the way down to where the opposite cranium is.

Once you’re down there, you’ll need to insert the golden skulls into the opening in the tombstone’s entryway. There are two more that need to be pushed in. One is concealed behind the gravestone in the river with a cross, while the other is to the left of the tombstone into which you’re driving the skulls. When it is filled, a chest with a golden statue of all four skulls and the Just Some Pals achievement will emerge.

You’ll need the selections shown on pages one and 51 to purchase Secret Treasure number four. Nonetheless, here’s how to obtain the treasure nonetheless. To obtain this hidden treasure, travel to a little island near the sea. There’s a sand trail that leads to a chest.

What the game requires you to do next is a little meta. First, stand in the middle of the trail in the water. Then, in your game settings, reduce the grip quantity all the way down to zero. After that, wait around 60 seconds. If everything is done correctly, you will notice that more data will most likely be located on page one of the guide. Return to the sandy road and stand where the island meets the beach to unlock the treasure. Then, on the D-Pad, push down eleven times on the left and twelve times on the right. This will spawn a chest with a CRT television and the Vintage achievement.

To obtain this hidden treasure, go to page 53 of the manual and look for the solution. First, walk to the windmill towards the beginning of the game and stand in its entrance. After that, enter this code into the D-Pad. Down, Left, Left, Up, Up, Right, Right, Left, Down, Right, Up, Down, Right, Right, Left, Down, Right, Up, Down. Inputting the correct code will result in the appearance of a chest holding a golden statue of forms and the Sacred Geometry achievement.

To proclaim Regal Weasel, you’ll need a touch from page 53 of the manual as well as three items. The Fire Wand, the Magic Orb, and the Magic Dagger are all magical items. To go to the east woodland, use the teleporter pad on the Hero’s Grave. Once there, proceed downwards into a hidden route among the woods. Make your way to the lower woodland, where you’ll encounter an adversary on a ledge. Equip all three items immediately, then use the wand and dagger at the same moment to freeze the adversary in place. Then, using the Orb, zip as far as you can, uncovering a chest on the cliff. A Golden Crown and the Regal Weasel achievement may be found within the chest.

This secret treasure will take some time to find because it requires you to find all 20 hidden fairies throughout the game. You may, however, have rules for these, which may be found on page 48 of the manual. Make your way behind the waterfall in the overworld, and you’ll be able to get to the main fairy gathering spot, where you’ll uncover one of numerous guidebook pages after accumulating ten. Finding all 20 rewards you with a golden bloom and the achievement Spring Falls.

To discover this secret treasure, a touch may be discovered on web page 28 of the in-game handbook. Head to the outdated home under the windmill, and stand underneath the wind chimes. The musical wind chimes may be deciphered right into a code utilizing web page 28, nonetheless, the code is: Up, Down, Right, Up, Down, Left, Right, Down, Left, Right, Up. This will spawn in a chest, containing a golden Arrow, and the Power Up achievement.

To obtain this hidden treasure, travel to the devastated atoll. Once there, keep to the left and take the two flights of steps until you see several hooks poking out of the water. Use the hooks to navigate your way across the gaps until you reach another piece of land. Continue along the path until you reach a separate island divided by water and bricks. Use the teleport sprint to go to the little island, where you’ll find a chest at the end in front of a stone face. In addition to the Phonomath accomplishment, open the treasure to gain a golden Stone Face.

This secret chest necessitates that you have the teleport sprint in your arsenal prior to attempting this secret. Proceed to the eastern vault and solve the hero’s burial outside the vault. There is a platform to the left, just before the steps, that you may teleport through. Cross the lake and access a hidden area. There are four leaf heaps inside the realm. Once you’ve cleaned up all four mounds of leaves, you’ll receive a golden broom and the Dusty accomplishment.

You’ll need to use the teleporter chamber to get to this hidden prize. You can enter the chamber if you find any of the vibrant teleporter pads. Once inside, go all the way down to the bottom before using the teleporter sprint to traverse the rocks. Instead of teleporting downhill, run to the left. This will put you on an unnoticed route. Continue to teleport run to the left, and you’ll be able to find the ultimate secret prize, a golden canine head, and gain the Forever Friend achievement.

With all items in hand, you’ll be able to make your way to the final unlocked place in the game by going to the key chamber within the old house. The tower of the Glyphs. However, the game only wants you to collect six of them in order to open this spot. Regardless, finding all of the secrets and strategies is a rewarding experience in and of itself.