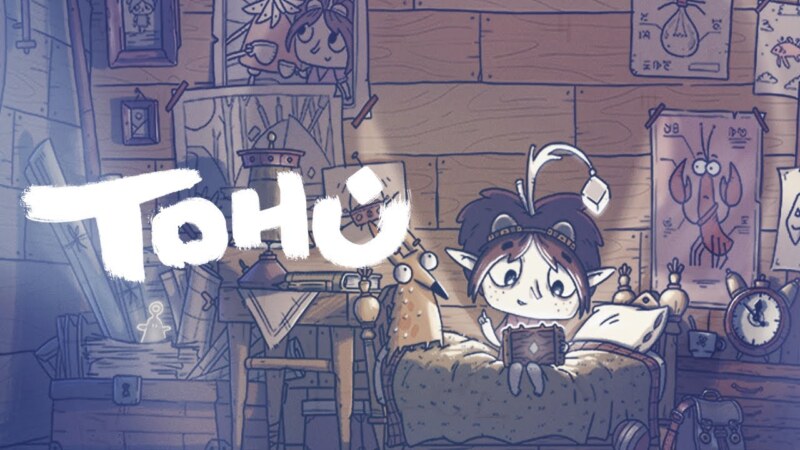 TOHU is a brand new adventure game set amongst a world of weird and wonderful fish planets. Explore beautiful environments and solve intricate puzzles as a little girl, joined by her mechanical alter-ego, Cubus. Together they will discover the truth about themselves and the mysterious Sacred Engine that powers their world.

Explore vivid and atmospheric locations, meet intriguing characters, and solve elaborate puzzles – all on your quest to repair the Sacred Engine. As The Girl you are light and nimble, and so can reach areas of the world that others can’t. At any time you can transform into The Girl’s mechanical friend, Cubus. Need something heavy lifting? Need big strong arms to catch lightbulb flies as they pass by? Need to win an impromptu arm wrestle with an arcane and somehow tangible mirror image of yourself? Cubus has you covered.

Each fish planet in TOHU is brought to life through bewitchingly beautiful artwork and is packed with detail. Meet a cast of bizarre characters and uncover cute critters to collect! You’ll need your wits about you to solve TOHU’s unique and wacky conundrums. From a simple search for critters needed to power your expanse-traversing fly-ship, to learning how to operate a moustache-imbuing mole cannon. TOHU also features a musical score by Christopher Larkin, the award winning composer responsible for the soundtrack of Hollow Knight.

Tohu is a beautiful adventure game set in a mystical world of flying fish planets. The atmosphere is great, but recognizable puzzles slow things down.

Despite its narrative leading to little in the way of a noteworthy tale, TOHU manages to gracefully side-step such an omission through wise understanding of its scale. Utilizing such a wild, excessive aesthetic in a way that feels earned, as opposed to unjustly forced.