How to Fix Graphics in Call of Duty Modern Warfare 2 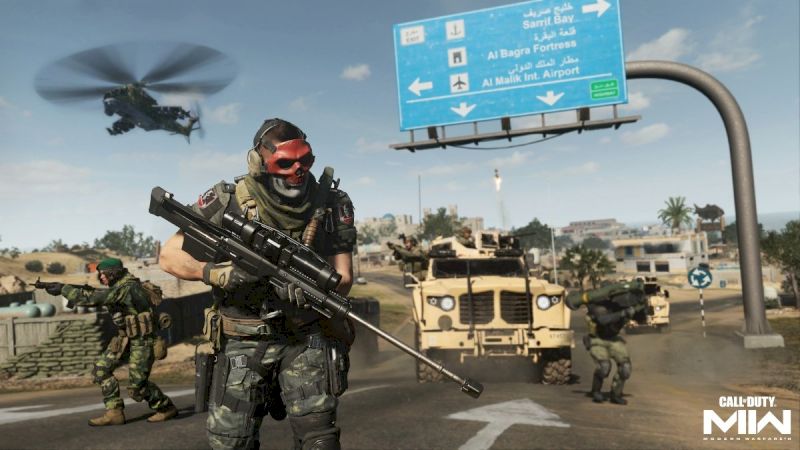 The highly-anticipated Call of Duty: Modern Warfare 2 is off to a great start with a strong Multiplayer Beta that’s been ongoing since September 16th for PlayStation players. The Beta has finally opened up to Xbox and PC players, giving way for even more players to experience what it has to offer ahead of its full launch on October 28.

But with any Beta, there are sure to be some issues that players are going to experience. Though this Beta hasn’t been plagued with as many issues as past Call of Duty Beta events, this one still has some things to complain about.

One issue players have been running into during the Modern Warfare 2 Beta is one where they’ve found the game to be blurry and just about unplayable. Today, we’ll explain how to fix this issue so that you can get back into the action without having to worry about not seeing the completion.

So, let’s talk about how to fix the graphics in Call of Duty: Modern Warfare 2.

Though any game these days has things such as a weapon or world blur effects in-game, some players are experiencing an issue where the game is so blurry that it’s basically unplayable. So far, this complaint doesn’t seem to be limited to just the PS4 or PS5 as of yet, so this may also be an issue PC and Xbox players will experience as well.

Here’s how to fix it:

This blurriness effect has seen improvement coming from players who used this method, at least on PS4 so far, so it’s a promising remedy.

That’s all there is to it! Now you know how to fix the graphics settings in Call of Duty: Modern Warfare 2, and can hopefully get that blurriness out of the way so you can enjoy the game!