How to Change Your Lantern Color in Sea of Thieves 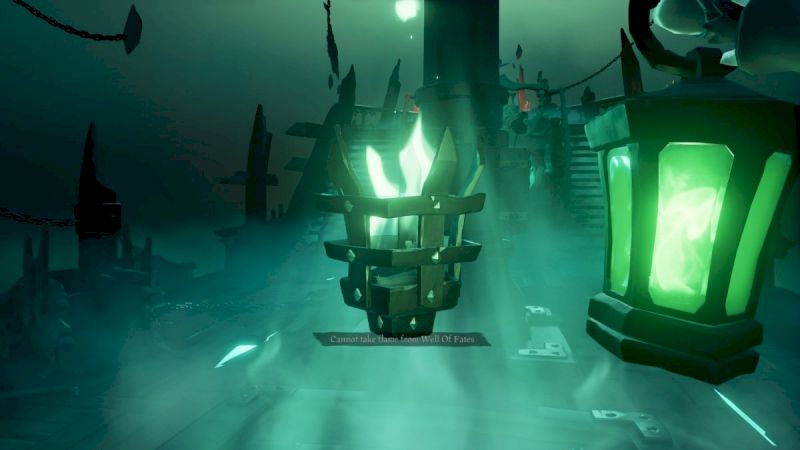 The vibrant pirate simulator, Sea of Thieves offers players a lot of really cool things to do in its swashbuckling world. From customizing their pirate, pet, and ship to sailing the seven seas in hopes of loot, there are so many elements that make SoT so great. There are also numerous easter eggs and fun little details that can be found throughout its map. One really cool thing is the fact you can change your lantern’s flame (Flame of Fate) color, and we’ll explain how.

The ability to equip and use a lantern has been in Sea of Thieves since its release as one of the various piratey things you can use to live out your wildest pirate fantasies. Though it serves the great purpose of being a lighting source in dark areas, there hasn’t been much use for it, until the last year or so that is.

Changing your lantern color in Sea of Thieves is definitely a pretty cool thing to do, but it’s something that players aren’t really able to do of their own volition. It’s actually only possible to change your lantern color after being killed, with every color corresponding to how you were dispatched.

There are a total of 6 different colors, each being tied to how met your demise. It’s a neat little customization option not only for your own personal lantern but the ones across your ship as well. They’re also imperative to get in order to complete the Fort of the Damned raid.

Here are the 6 different colors and how to get them.

Once you die, you’ll be brought to the Ferry of the Damned to collect the flame that correlates to how you die. These flames actually have a name, Flame of Fate, and are collected at the Well of Fates in the middle of the ferry.

In order to collect your flame just bring out your lantern, hold it up, and press the on-screen button prompt to collect it. After that, you’re going to want to go back to your ship and lift your lantern up to the ones around it in order to change their color as well.

If you’re trying to complete the Fort of the Damned raid, be careful as to not swap your color out until you need to or else you may have to die again in a previous manner to secure that color flame. It’s also worth noting that dying will also reset you to the default orange, but storing your flame on your ship can save you in cases like this. If your ship sinks though, you’ll have to start over entirely at that point.

That’s how to change your lantern color in Sea of Thieves! It’s a unique little game feature that can either just be a cool customization option for you and your ship or be a big part of an important raid.