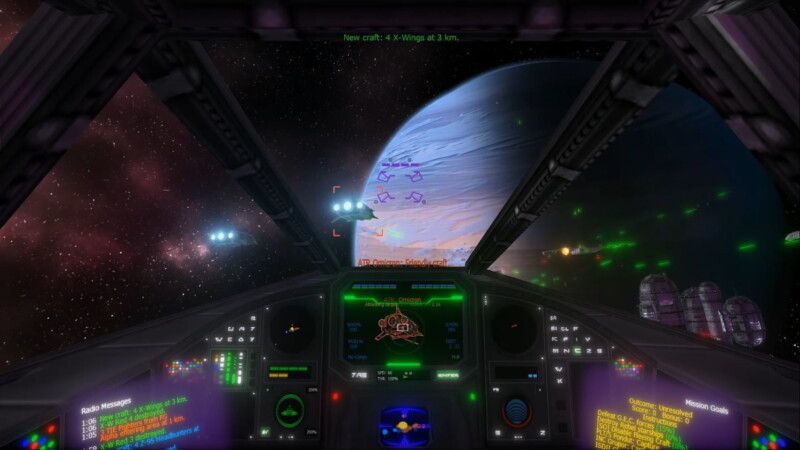 TIE Fighter: Total Conversion is a mod of Star Wars: X-Wing Alliance. It perfectly reproduces one of the best space games, and possibly the best Star Wars game ever, Star Wars: TIE Fighter. Once again, you have to plug in the headset and dust the joystick. This is such a simple solution with luxurious lighting and gorgeous modeling, along with the galactic backdrops.

According to the devs, they’re “taking advantage of the much better XWA engine and imagining how TIE Fighter could’ve been had the technology of the time not limited it.”

The mod has improved the original game, allowing more ships to be used for larger battles. They also added their own missions, but they stay in sync with the story you expect. With the remake of the original game and Defender of the Empire and Enemies of the Empire expansions remade, there are 145 missions in this mod.

You just need X-Wing Alliance to play it, and you can grab it on Steam right now.