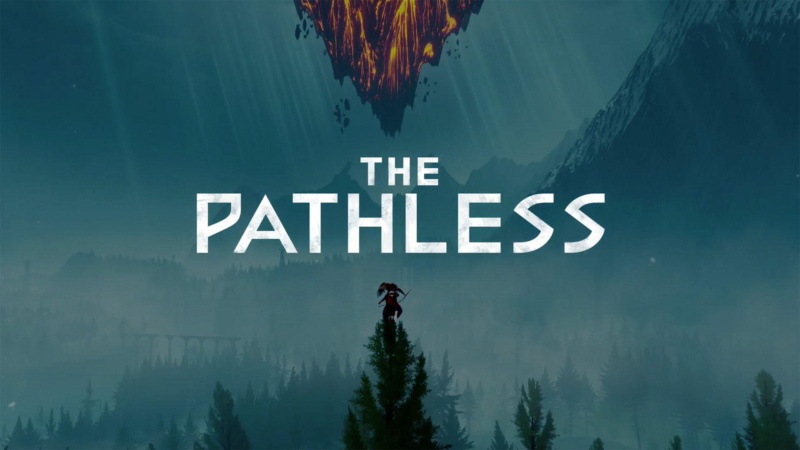 The Pathless is an action-adventure video game played from a third-person perspective. In the game, the player controls the Hunter, who must find a way to lift the curse on an island. The hunter is a master archer. She must use her bows and arrows to shoot talismans scattered throughout the world, which will fill the Hunter’s dash meter and allow her to swiftly navigate the game’s world. She is also accompanied by an eagle companion, which can carry the player while flying. The eagle loses altitude while carrying the Hunter, though it can gain altitude through flapping its wings.

Unlike other open world games, the game does not feature a mini-map. Players need to use “Spirit Vision” in order to find locations of interest. By exploring the game’s world, players would collect crystals which can be used to upgrade the eagle’s abilities. Throughout the hunter’s journey, she is hunted by invincible cursed spirits which attempt to separate her from her eagle. Players need to avoid alerting them through stealth. Players need to return light to the obelisks scattered in the game’s world, which weakens the curse spirits, allowing players to defeat them. Players will lose the crystals they have collected when they are defeated by the cursed spirits.

The Pathless is an incredible experience, and easily one of the best launch titles available on the PS5 in what is already an excellent selection. The Pathless excels on all fronts.

Vast maps bring out the best in this sparse yet memorable adventure.

One of the most unique games I’ve ever played the game has a rhythm to it that makes you look like you are creating magic. It’s an immersive experience it’s a must try!!