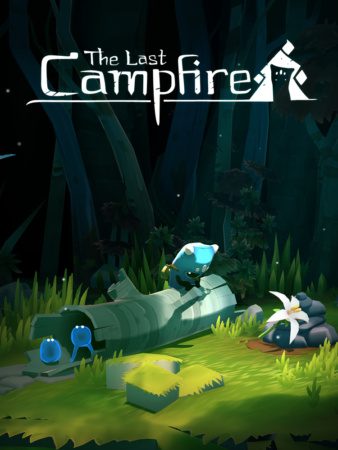 The Last Campfire is a 2020 puzzle video game developed and published by Hello Games. It was released for iOS, Windows, PlayStation 4, Nintendo Switch, Xbox One on August 27, 2020. The player assumes control of a soul named Ember, who must solve various environmental puzzles to help fellow forlorn souls who have lost hope to find their purposes. As the player saves all the Forlorns in an area, new areas will be unlocked. As players progress, they would meet and assist various non-playable characters, who will give Ember new items for solving puzzles. Players can play the game in “explore mode”, which removes most of the puzzles in the game.

The Last Campfire is a cozy puzzle game with impressive variety to its satisfying, bite-sized conundrums.

If No Man’s Sky is the ambitious, boisterous member of the Hello Games family, The Last Campfire is the subdued, charming one. Released to very little fanfare, this simplistic puzzler does enough to provide a weekend’s worth of enjoyment. Just don’t expect anything too impressive from those two days of fun.

Love this game. It’s so relaxing and enjoyable 🙂 It’s not too hard, you can play it after hard work for example…