The Best Crazy Games of All Time 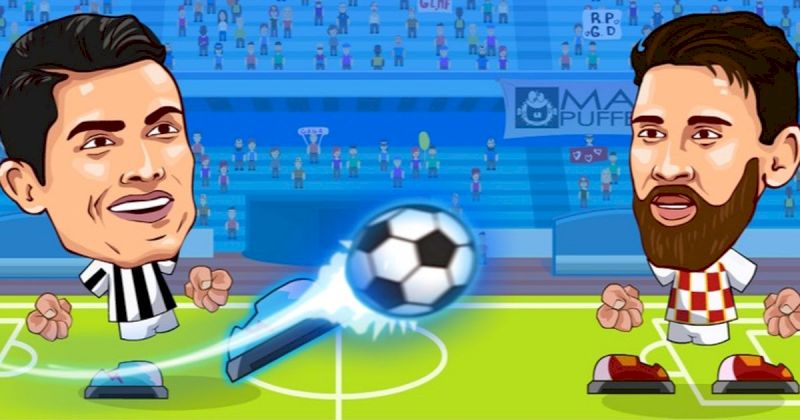 Founded way back in 2013, Crazy Games is a unique platform that provides players with thousands of online games that you can play for free. Not only is every game featured on this site entirely free-to-play but they also run on browsers. Which means that they can be played instantly without any download. Plus, Crazy Games even supports mobile devices and laptops as well.

With such a wide range of high-quality games to choose from, and more that are constantly being uploaded to the library. It can be hard to know where to direct your attention.

So, we’ve come up with a list of the best Crazy Games of all time.

Now, I know what you’re thinking, “Minecraft isn’t on Crazy Games, is it?”. Well, unfortunately not. However, Crazy Games does have something very similar called Mine-Craft.io. Which is an online title created by K&S Games that’s based on Minecraft. In that it’s a 3D third-person game in which you can almost entirely recreate the world around you with the use of various blocks.

Not only can you use blocks to build things, but you can also craft and collect various items along the way. Which can then be traded for in-game currency. The game even features cryptocurrency and NFTs, which help to expand the game’s economy. Outside of deciding what you want to create and how you’d like to play, the primary goal is to stay alive, and build a world that can help you do that.

Next up we have Zombie Hunters Online. This online zombie survival game isn’t just one of the top-rated titles on Crazy Games but it’s also one of the more well-received free-to-play zombie survival games of all time. In which players must defeat hordes of zombies spread out across the map with the use of various weapons and power-ups.

It’s a 2D top-down multiplayer game that relies heavily on teamwork. As you progress through the levels, there will be different tasks you must complete alongside your companions, on top of simply staying alive. This could involve you collecting keycards or protecting a certain zone before moving on to the next level. What might surprise you is how in-depth this game is, as there are not only various weapons to choose from but various types of zombies as well. Altogether forming one of the best Crazy Games titles of all time.

Essentially, you’re put in charge of building up a mining business from scratch. Throughout the game you will unlock various mining shafts and assign managers to help with workflow. In Idle Mining Empire, you’ll have full control over the entire process. Interacting with your worker to produce resources for selling, and use the elevator to transport rocks to the ground. The faster you move, and the deeper your team digs, the more money you will generate and the closer you will become to building an empire.

Soccer Legends 2021 is easily one of the most popular sports titles on Crazy Games. Featuring a wide range of real-life players and teams to choose from spanning across various eras of the sport. Presenting an exciting challenge for both soccer fanatics and newcomers alike.

With Soccer Legends 2021, you can choose to play solo against AI or play co-op with or against one of your friends. The premise is simple; just get the ball into your opponent’s net before they do with the use of your overpowered superkicks. Outside of the standard 1v1 and 2v2 matches, you can even compete in some pretty epic soccer tournaments as well. With countless likes and raving reviews, Soccer Legends 2021 is easily one of the best Crazy Games of all time.

Sliding into our second spot on the list is Highway Racer. This 3D racing game isn’t just one of the top-rated titles on Crazy Games but it’s also one of the most popular. With thousands of players taking to it every day. The goal in the game is to speed down a highway while trying to dodge traffic. However, that’s just the beginning. As you build up your speed, and avoid the cars, twists and turns will start to come into play. Like giant missiles or having to drive on the wrong side of the road for bonus points.

Furthermore, there are many different cars and models to choose from in Highway Racer, all of which can be tuned up to your liking. As well as four exciting game modes; one-way, two-way, time mode and bomb mode. The latter of which has you driving a truck loaded with bombs that could explode at any minute! There’s even a multiplayer mode that lets you compete with others online.

That concludes our list of the best crazy games of all time. Before you go, don’t forget to check out some of our other Mobile content here at Gamer Journalist. Like our Arknights Tier List (June 2022) or some cheats, hints and tips for Woodoku.