The 10 Best Skills of Mastermind Tree in Payday 2 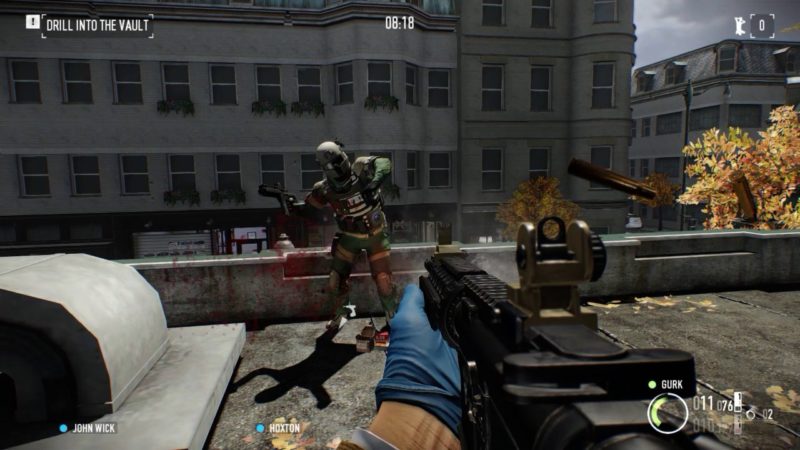 As the title implies, Payday 2 is about getting paid. This is a cooperative FPS that allows groups of four to rob banks, nightclubs, armored vehicles and other places and steal anything they can carry. Of course, no theft is that easy. There are many dangers and obstacles that separate players from their objectives.

Each member of the player team can choose a character with their own unique abilities. These can be upgraded as the player’s reputation level increases. One of those roles is Mastermind, which is a multipurpose class designed to investigate the broader perspectives and ensure that everything turns out the best it can be. Here are the top ten skills in the master planner course.

Forced friendship comes from the controller branch of the planner’s skill tree. This branch can help planners control the crowd, while the rest of the gang can steal. Crowd control is essential because it prevents law enforcement officers from prematurely detecting group activities.

It also allows gangs to use hostages strategically. In its basic form, Forced Friendship allows planners to tie hostages 75% faster and increase the number of their ties by 4.

Stockholm syndrome is another skill of the control department. This powerful crowd control ability in the basic version can extend the time civilians are intimidated by Mastermind noise by 50%. In the Ace version, Stockholm Syndrome abilities make it possible, so the hostages will not escape when rescued by law enforcement officers.

Additionally, each hostage can be replaced by a robbery team member who was captured. This can be a resilience skill, because losing a team member prematurely can be a catastrophic setback for a robbery.

The Joker is an appropriate chaos skill, which also comes from the controller skill branch. It brings a whole new meaning to the term “Mastermind”. In its basic form, it allows the planner to convert a non-special enemy to join the robbery.

This cannot be invisible, the enemy must have surrendered to the crew. Also, only one enemy can be converted at a time. Joker’s abilities give converted enemies a 35% damage bonus in the ace form and reduce the time to convert them by 65%.

The Combat Medic comes from the Medic branch of the Mastermind skill tree. The military medic is a very necessary role in the dangerous robbery. No matter how good the planned robbery is or how secretive the thieves are, law enforcement agencies will inevitably show up before any action is taken. The crew can be injured and their injuries must be treated.

The “Battle Doctor” ability provides the “Mastermind ” with a second “Doctor Bag” in the basic version. The medical bag allows the crew to heal and lower the custody counter. However, it will expire after two uses. The Battle Doctor in Ace form granted Mastermind Doctor Bags for two other uses.

Combat medic skills are based on reviving fellow crew members. If crew members fall, they will need help getting back up. The basic combat medic form reduces damage by 30% for and five seconds after restoring teammates. The Ace form of Combat Medics provides 30% more health to the resurrected crew, which means they hopefully won’t need more help anytime soon.

Inspireis another Medic skill, but it plays a larger role in the Mastermind’s leadership role. Inspire’s basic form can cut the time to retrieve another crew member in half. It can also make Mastermind yell at other crew members, increasing movement speed and reload speed by 20% for 10 seconds. The Ace version of Inspire allows Mastermind to yell at downed teammates from a distance of no more than 30 feet, resurrecting them every 20 seconds.

Eventually things move to the Sharpshooter branch of the Mastermind skill tree. When dealing with resistance from law enforcement, snipers must be accurate, precise and effective. The Rifleman skill is a good example because it can double the zoom speed of the weapon and do it without hindrance when using steel sights. In the Ace version, marksman skills can provide 25% rewards for all weapon zoom. It also improves the accuracy of Assault Rifles, Sniper Rifles, and SMGs by 16 points.

Ammo efficiency helps retain ammunition during theft. Ammunition is a vital resource, it can prevent the law from falling on the crew and stop theft. It refunds one bullet to the Mastermind when three headshots are made in less than six seconds when using an SMG, a sniper rifle, or assault rifle. The Ace version of ammunition efficiency reduces the number of headshots required to two in less than six seconds.

Lastly, there is the “Aggressive Reload” ability. Being ambushed by the law while reloading is one of the worst situations during a robbery, and “active reloading” reduces the likelihood of this happening. In basic form, “Active Reload” increases the reload speed of SMGs, Assault Rifles, and Sniper Rifles by 15%. A headshot killed in Ace form will increase the reload speed of this weapon type by 100% for 4 seconds.