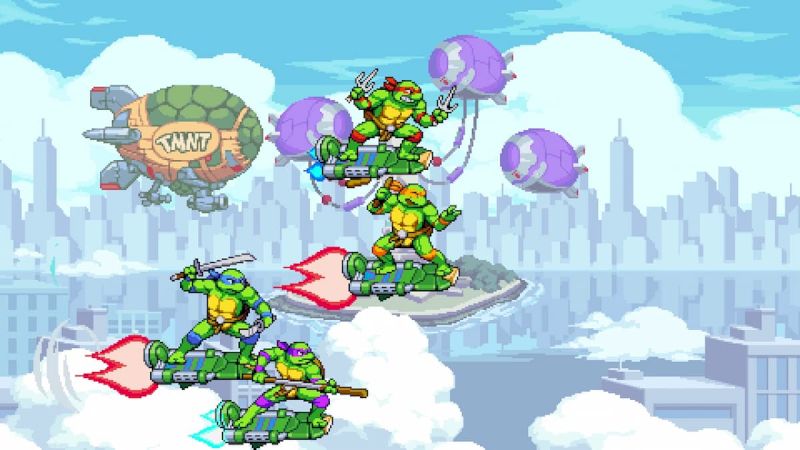 Teenage Mutant Ninja Turtles: Shredder’s Revenge offers many collectibles for players in the game. One of them is the Classic Headline, a quest item that is part of Burne’s Special Request to find newspaper collectibles.

Similar to other collectibles, you can find Classic Headline in bins, crates, and other destructible objects. Once you get your hands on one of the Classic Headlines, the game will show a message reading “Classic headline found!” along with a picture of a folded newspaper. Completing the entire quest will reward you with 50 points which you can use to level up your character.

Before you search for Classic Headline, free Burne in the first stage of the game. In episode one, the Ninja Turtles must clear Channel 6 Studios from vandals. You will find two vending machines on the premises of Channel 6, defeat the enemies in that room. Once you defeat them, you will observe a shuddering door, which you need to break to free Burne.

After freeing Burne, you will unlock Burne’s Office, a place where you can accept his quests. This guide will help you track down those Classic Headline newspapers to complete the quest.

You will find the second Classic Headline in the second episode. You will need to explore the streets for this one. While roaming, you will come across a shop named TV Zone located directly below Channel 6’s promotional poster. Once near the shop, you will find a trash bin directly opposite to it. Break the bin to reveal your second Classic Headline.

The last Classic Headline is in episode 4. You will fight some monkeys once you approach the end of the episode. After fighting them, you will find a brochure stand beside an enormous picture of a snake. Break the stand to get your last newspaper collectible.

Now you know the location of all Classic Headlines. The trick is to keep breaking destructible objects to find hidden things.