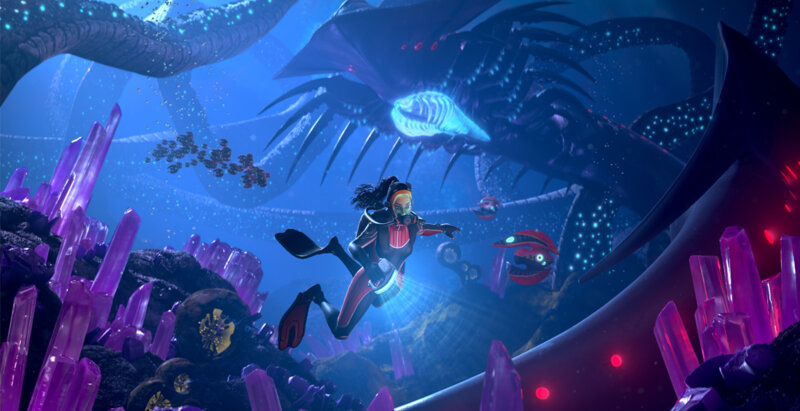 In Subnautica: Below zero, after meeting with Marguerit Maida, the player will be asked to deactivate the communication tower on Delta Island. For this task, a test override module is required to switch the tower to test mode. Most of the items required by the module are raw materials that can be easily collected or made. However, the parallel processing unit requires to go to the wreckage of Mercury II.

As with other equipment recipes, the blueprint of the unit can be unlocked by collecting fragments from the parallel processing unit. The player must collect three. The good news is that all three fragments were found in the wreckage of the Mercury II spacecraft. However, some parts of the ship sank into the depths of dangerous creatures such as Squidsharks.

Before embarking for the Mercury II you should consider some valuable equipment. The most important tool for this task is the laser cutter, because it will be used to access some of the debris hidden behind the panel and blocked passages. Players should also consider bringing rebreathers and high-capacity oxygen tanks to help them explore further before they run out of oxygen. When diving, Seatruck can be used to quickly supply oxygen. The flashlight will also help navigate the depth of darkness where the wreckage is located.

In “Subnautica: Below Zero”, Mercury II can be found in the debris near Purple Vents. After reaching them, the player must drive along the left side of Mercury II until they find an opening on the side of the wreck. Here, the player will find that the two fragments are very close to each other. Swim inside the sunken ship and go through the first door. To get the first fragment of the parallel processing unit, swim along the right hallway and enter the engine room on the right. There will be a panel on the wall to accommodate the first fragment. Use a laser cutter to open the panel and scan the debris.

The last fragment is found on the Detached Thruster of Mercury II. Reach the thruster of the ship and swim along the hallway or until the hallway splits to left and right. Swim to the room on the right. Find the panel on the wall and cut it with a laser cutter. After scanning the last fragment, the player will unlock the blueprint of the parallel processing unit. Players will need to collect 1x gold, 1x silver ore and 1x table coral samples. This item can be manufactured at the Fabricator.

Once crafted, the player can use the parallel processing unit to build the test overridemodule and disable the communication tower. Inserting a test override module and activating the test mode of the tower will also unlock the achievements of the game.