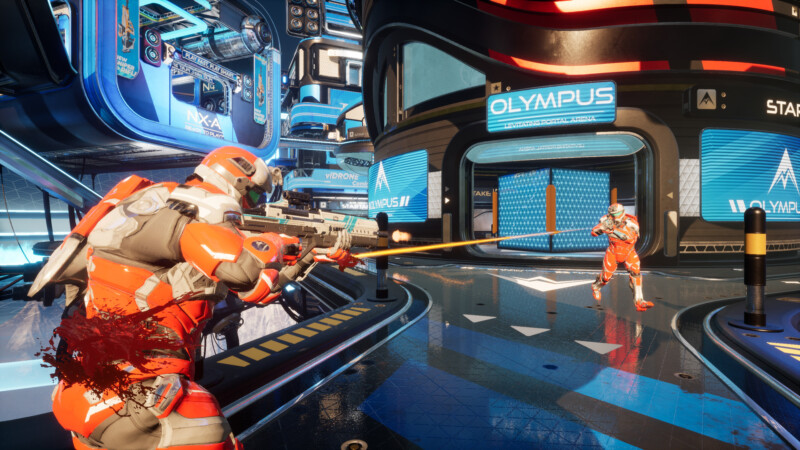 Splitgate works on the Elo ranking system, which is named after physics professor Arpad Elo. Simply put, Elo rating system is a method for calculating the relative skill levels of players in zero-sum games such as chess. He is known for his mathematics in chess, but the video game industry has adopted this method to rank online players.

Once you reach level 10 on Splitgate, the rankings will be available to you. Of course, anything you do in Casual will not affect your progress on the leaderboard. There are two main types of rankings in the game.

The first is Takedown, where two teams of 3 people fight each other in time-based kills. The other is 4V4, which places players in a playlist consisting of Team Deathmatch, Domination, King of the Hill, Odd Ball, and Takedown. Each type has its own Ranking system; players must complete 5 ranked matches to get a ranking.

After you get the ranking, you can start playing to get Season Rewards, which are located at the bottom of the matching menu. 10 victories will get you into the Brass rank. All you need to do is win competitive games to get these rewards.