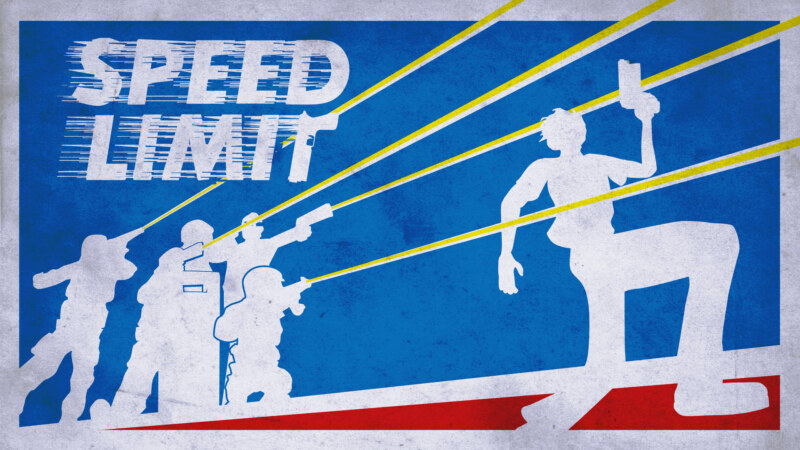 Speed Limit is a super-fast-paced tour through a variety of retro action genres, set to beautifully animated pixel art. The difficulty curve ramps up to breakneck levels while you run and gun in a side-scrolling shooter, weave through traffic in a faux-3D bike racer, dodge incoming missiles in an isometric shoot ’em up, and more!

From an armed ambush during your daily commute, to car chases and even intense fighter jet battles high in the sky, Speed Limit is an unashamed old-school action extravaganza that will raise your adrenaline, and test all of your reflexes to the max.

Speed Limit is a heady mixture of tough as old boots nostalgia that requires patience and/or stubbornness to crack its punishing action set-pieces. At the very least, it’s a fun nostalgic showcase of several classic game types mushed together in a surprisingly cohesive fashion.

Speed Limit is a kaleidoscope of pixels, bullets and ever-changing gameplay. It’s very short and not that deep mechanically, but speed runners and nostalgic people will love it because it’s an intense challenge and an inspired love letter to the 80s/90s.

Speed Limit is an incredibly fun, intense, action-packed game that never slows down, it always keeps you on your toes. It is amazingly addictive, and has a great old school feel with the graphics and gameplay. This is a must play game for everyone!