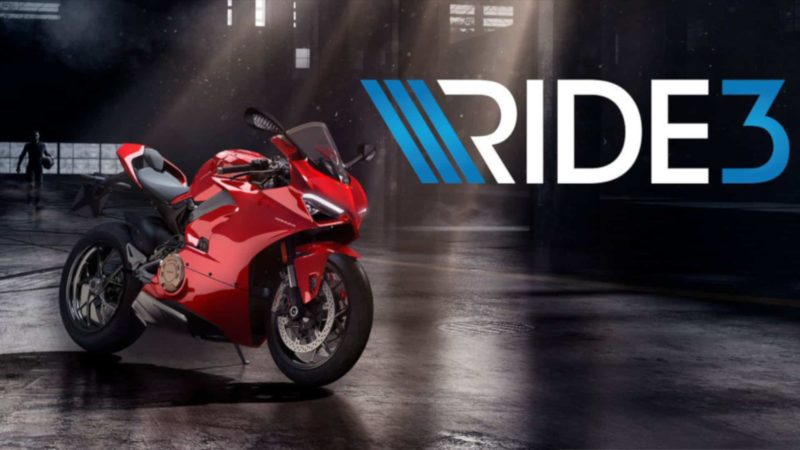 Feel the adrenaline and experience the most complete racing ever with RIDE 3! Immerse yourself in a modern 3D environment where you will live side by side with your bike, modifying it mechanically and aesthetically thanks to the new Livery Editor, which will let your dreams run wild. Before starting, don’t forget to customise your rider with the right outfit. More than 230 bike models available from the very first day, with more than 70 new models never seen before in a RIDE game. 30 different brands, both historic and contemporary, of which 9 are completely new. 7 different categories to satisfy every taste and riding style.

RIDE 3 will be a journey around the globe thanks to its 30 different tracks created from zero and faithfully reproduced via photogrammetry and drone scanning. Hurtle down breathtaking roads all around the world, including GP tracks, Road and Supermoto tracks, enjoy the panoramas of street and country tracks and compete in street and acceleration races. What are you waiting for? Start your adventure with RIDE 3!

Ride 3 has all the potential to be the best bike simulator as there are no other competitors. I hope Milestone makes it become the Forza or Gran Turismo of bikes as there is so much potential in this game!

Ride 3 tries its best to be welcoming, but only true motorbike buffs will want to stick with the game long term. Those hardcore fans ought to be satisfied, as Ride 3 plays well enough and is packed with authentic, lovingly-detailed content, although a repetitive structure and bland visuals limit the experience a bit. Ride 3 may just be the best racing sim on two wheels, but some of its four-wheeled competitors still lap it.