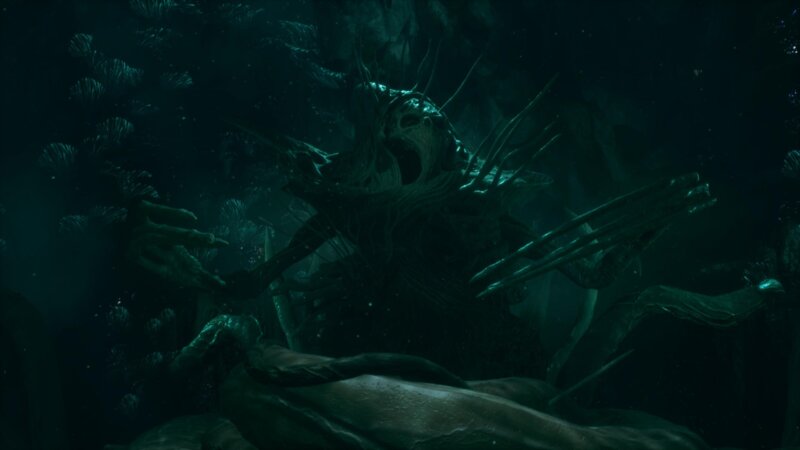 How to defeat Ophion in Returnal

Ophion’s speed is different from other bosses because he has various weaknesses in his body, and you must destroy all these weaknesses in each stage to advance, this means that you have to hammer a point until it disappears, a tougher targeting requirement than any other. Additionally, you should also reveal these weak spots by shooting the glowing white spheres floating on either side of the boss, and they will regularly disappear, requiring you to keep aiming at the spheres to show them again.

In general, any continuous fire weapon is good for combat, but I really like the thermogenic launcher that can fire quickly. It allows you to spray a large amount of explosive damage on the boss very quickly. However, be aware that you will often cover its chest with your hands to obstruct your aim.

In fact, your dash is used much less in combat than usual, because Ophion uses a laser beam and you can’t dash through. These will come in straight rays emitted by the portal deployed by the boss in front of him, as well as in waves of the impact when he smashes his tentacles against the ground. Therefore, you don’t want to walk on both sides of the stage during this part of the battle; Ophion’s tentacles are troublesome and large, so if they’re too close, they can crush you.

Set a white orb to start fighting and keep in mind that its field will disappear from time to time; when this happens, fire again so you can constantly discover Ophion’s weaknesses. Try to pick one and focus until it’s gone, then move on to the next one, because if you don’t randomly shoot the boss it’s easier to keep track of what needs to be destroyed.

Ophion will summon bullets and lasers from the portal and crush the ground at the same time, spreading across the ground with waves of purple energy. You can deal with these problems by jumping instead of running; your jump underwater allows you to cross his height and you will still hurt yourself if you run through the sprint, so stay vertical. Be careful to go through multiple waves on stage at the same time and choose a landing spot.

As you deal with these issues, Ophion will fire bullets at you with a random spray that can be seen everywhere, or on a tighter grid that you can dash and avoid. Try to overcome these obstacles while jumping on the purple waves in the air and you will be able to better choose your landing position. But watch out, Ophion will open a bunch of portals roughly in a straight horizontal line, all of which will spit bullets straight at you – run sideways or forward or sideways to solve it.

You’ve usually seen everything that happened in this stage of Ophion before. As well as forming grids, spray patterns, and explosions, you’ll also get those tracking rockets that can be easily passed or rushed. The most dangerous attack is undoubtedly the energy wave, and the lightning that Ophion will shoot from the portal, falling from high in the sky. Again, you can’t get through them, so jump between beams and avoid waves at the same time. Dealing with these attacks is all about location and spacing, so just focus on staying away from and between them.

Many bullet-based attacks can be dodged by simply running to one side or the other of the arena or using a higher jump height, so keep moving and jumping on the energy waves, and keep shooting until all the weak spots are destroyed.

Ophion changed hands with tentacles in the second stage, and they are more present in the battle. He will reach the center of the arena and crush it with one or two hands, trying to hit you with his hand or immobilize you with the wave of violet energy generated by the impact. All of this takes up a lot of space in the middle of the combat area. It will also sweep the entire stage from side to side. You should avoid these situations, so if you’ve been fighting closer to Ophion thus far, move to the bottom of the arena, almost towards the wall, and prepare to use more sides.

When he doesn’t want to pin you down with a big hand, Ophion fires more bullets at you from the portal this time. The volume of the rocket increases, and the leader will spread the bullets in pairs, go through the entire arena with a purple beam and take up a lot of space, thus filling the air, which you cannot pass through. It’s best to solve both of these problems by sprinting to the side of the room, while trying to be aware of Ophion’s hand. The rocket and beams can hardly threaten you when you are far to the left or right of the boss.

In addition to the bullet that shot you last time, Ophion also offers new tricks for these purple laser beams. It will move them up and down from the air, moving diagonally and in groups across the arena. When they land next to you, you will try to strafe sideways across the arena toward them in order to pass them. They are not difficult to avoid, especially if you spread them to the side of the arena, there less will be near you. Ophion also summons lightning bolts to follow horizontally along the ground, sweeping through all the arena, so you should jump over them.

Contrary to beams in the air, when this happens you don’t want to be on the arena side, because that’s where beams tends to start, and once they explode, they will immobilize you. Once you’ve cleared the beam falling from the sky, try to stay centered and use the high jump to avoid the sweeping beam. Along with those sweeping beams, Ophion will fire a bunch of bullets at you from multiple portals at once, so when you see these beams suddenly come out, prepare to run fast through the air. Hammer the weak spots until they are all gone, activating the final stage.

At this stage, the tentacles returns and the shock wave generated when the tentacles hit the stage also returns. But now, Ophion will be aiming these purple lasers directly at you, so start running away from them. As of now, most of the things he throws are combinations of things you’ve seen before, for example a grid of bullets paired with his direct blasts. With all the slow moving bullets they seem to be overwhelmed until you realize how slow their speed and spacing are. Stay behind the arena and slide down the gap.

The difficult attack is that Ophion immediately summons a large number of portals, launching a spiral bullet blast at you, covering a large area, in addition to huge round rockets and a large number of directly aimed bullets. In essence, this is a disaster, and you must run to all sides of the arena to avoid as much as possible. When you run out of room, change direction, dash straight back through the incoming flames, and then run backwards in other ways. Everything moves slowly here hence if you are fast, you might be able to avoid most of it, but speed here is crucial, because in this attack, most arenas are death traps.

The last item you need to worry about is the new direction of the purple laser, which will be oriented by Ophion the way it is arranged in two rotating death windmills. The laser cuts the entire stage as it turns, but if you have enough time to precisely line it up, you can easily pass and pass through these wheels. Stay behind the room to observe them, then walk forward and past them while shooting weak spots. However, Ophion looks terrifying, thanks to weaknesses that easily stick in. Keep destroying them and you will immediately send them back to the depths.