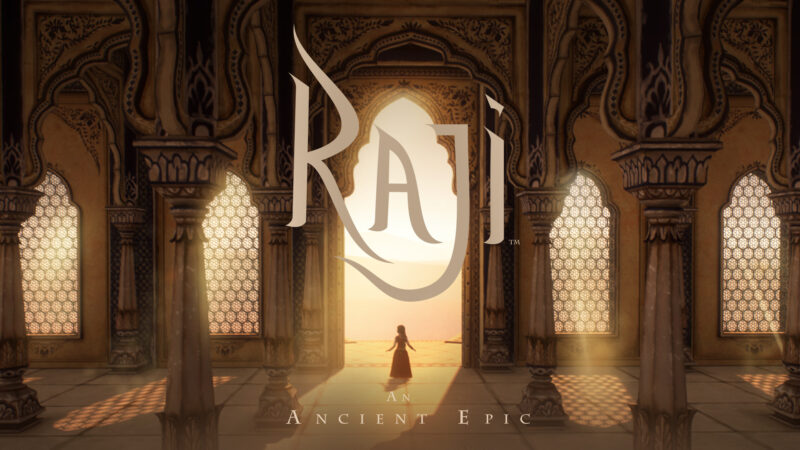 Raji: An Ancient Epic is an action-adventure video game developed by Nodding Heads Games. It was first released as a timed exclusive for Nintendo Switch on 18 August 2020, and released on 15 October 2020 for Microsoft Windows via the Steam client and the Epic Games Store, PlayStation 4, and Xbox One. The game incorporates Hindu and Balinese mythology and takes inspiration from tales such as the Mahabharata and Ramayana. Graphically, the game is designed in the style of Pahari paintings, and the in-game architecture is modeled after that of medieval Rajasthan.

Soon after the release of the game on Microsoft Windows, PlayStation 4 and Xbox One on October 15, it gained widespread popularity as many Indian YouTubers like RawKnee, MortaL, S8ul content creators, ShreeMan Legend etc. and some YouTubers from the west, started streaming the game during the days which coincided with the festival of Navratri, which is a festival of the Indian goddess Durga, who gave Raji the power and the responsibility of saving her brother Golu and other kids from Mahabalasura, the demon. Players appreciated the game for its original soundtrack which blends well with the game’s theme and setting. The game was also praised for its unique way of telling the history and mythology of the Indian subcontinent. However, criticism was directed towards its dated combat mechanics and its abrupt and unsatisfying ending. It can be considered a kick-starter for the Indian video game industry, as Raji: An Ancient Epic is the first and the only Indian video game to be released across almost all platforms and receiving positive feedback from the players.

I’m personally not exposed to the Indian culture, so it was interesting to see the game based on the Indian tales.Graphics are mostly high quality for all the effects, cloth simulations, and etc. The game itself was alright, but it is difficult to recommend this game due to the short play time and its price tag.

Unparalleled presentation and atmosphere spoiled by unwieldly combat and clumsy level design. The most memorable moments happen when your hands are off the controls.

Great game made by a small team the environment is so beautiful and the combat is also fluid.The soundtrack and artwork are also so good. There are some bugs but those are not game breaking and will get good in upcoming patches.