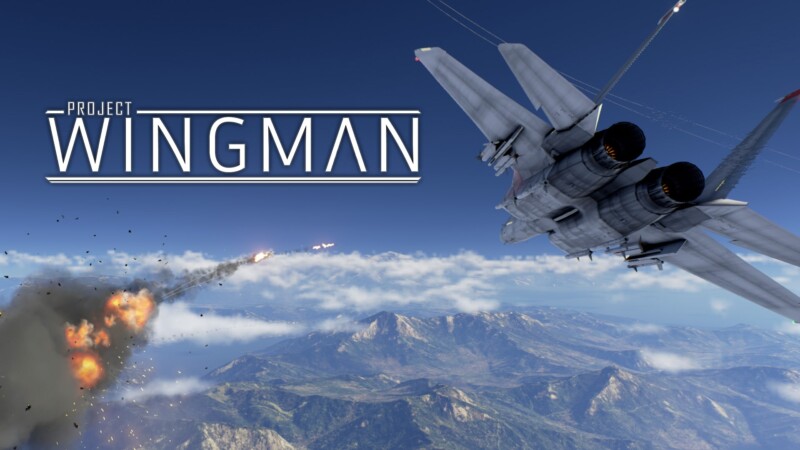 The gameplay of Project Wingman is mostly inspired by the Ace Combat series of games, in which the player can choose among several fighters to participate in battles against air, naval and ground targets. The aircraft are based on real-life models, but their names were slightly altered to prevent copyright infringement. The game also supports virtual reality. In the game’s campaign mode, the player engages in a series of combat missions. Prior to each mission, the player receives an in-game briefing detailing story events, expected composition of enemy forces, and mission success parameters before choosing one among the available planes and loadout to sortie.

In the game’s conquest mode, the player participates in a territory capture game, with each mission getting more difficult than the previous one as the threat level of enemies gradually increase while obtaining resources to build an army to support the war effort. Completion of missions provides the player with an in-game currency that may be used to purchase other aircraft. The player starts the game with trainer variants of the F-4 Phantom II and MiG-21 jets.

Project Wingman will fulfill your fighter jockey power fantasies as long as you can ignore the dearth of plane choices – or the absolutely awful end to the story campaign.

If imitation is the sincerest form of flattery, then Project Wingman is the most blatent flattery I’ve ever seen. It’s good, but never really manages to be better than “A good Ace Combat fan game.”

It’s everything you’d want in an Ace Combat game, plus some really nice touches. Voice acting can be spotty at times, but given the indie nature of the project I’m willing to cut it some slack.