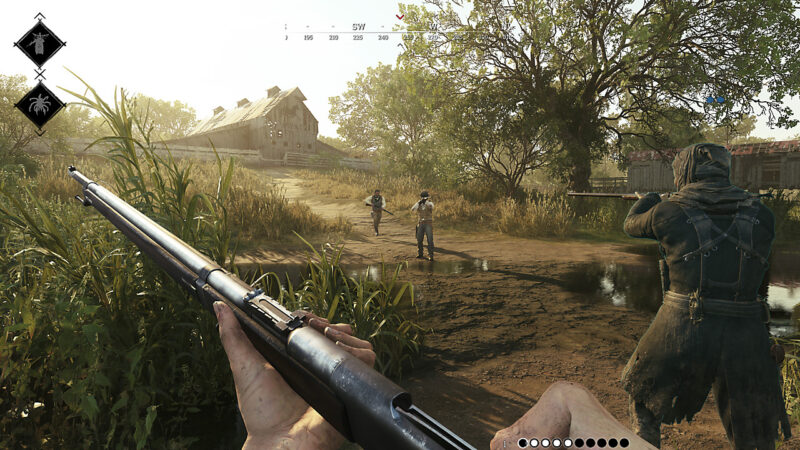 Hunt: Showdown is one of the first successful games that combines the horror genre with Battle Royale PVP. Several games tried to add AI PVE elements to Battle Royale, but the results were mixed. Essentially, Hunt is a horror game that also includes player-to-player combat. The goal of the game is to survive long enough to kill the boss. However, survival often means killing some hunters along the way.

Horror game fans will love the look and feel of Hunt: Showdown, which is now available for PS, Xbox and PC. Players who are new to the game in 2021 will want to apply the following basic tips to start mastering the game.

During the battle, please note that the bullet will pass through the wall in Hunt. When fired through the surface, higher caliber bullets have little or no significant damage reduction effect, so hiding behind a wall is not always helpful. Compared with metal plates and wood, bricks and stones can better resist enemy fire. In addition, big trees provide good fire protection. Under cover, continuing to move will ensure that opponents are not given easy kill by throwing garbage bullets at the wall.

If players intend to survive the hunt, they will need meds, so each player must prioritize first aid kit equipment and vitality injections. Likewise, choosing a doctor when applying traits can also help. When playing against triplets, it is vital to be able to recover.

How to use Clues

When nearby enemies open the track, it will make a unique sound. These functions are to prevent hunters from camping on slopes and to encourage movement on the map. Teams usually lead to areas where potential bosses are spawned, so hints can also be an effective PvP tool.

Beginners often play games nervously, hiding and moving as little as possible. However, this is a mistake. The only way to improve is to learn different AI and participate in gun battles with other hunters. The game’s bounties are the best place to use game mechanics to find PvP actions and practice. The player who pushes the goal in each game will progress faster than others, so please put in your work.

Use the Knife to take down grunts

When you want to eliminate all the grunts on the map, a standard knife (or duster) can solve the problem. Players do not want to waste precious ammunition on adds. Instead, save ammo for bigger monsters, hunters, and bosses. Using a knife will also be much quieter than any other weapon, hiding the player’s position.

Bounty Hunt is the most common mode that can match players of all party sizes. This means that as a single player, three hunter teams will appear on the map. Solo players can change the settings so that the largest team they will face is a duo. Beginners will consider playing with one or two friends to get a better chance of survival. Quickplay is the only true single player mode, so those who are not ready to face the outnumbered battle should stay in Quickplay.