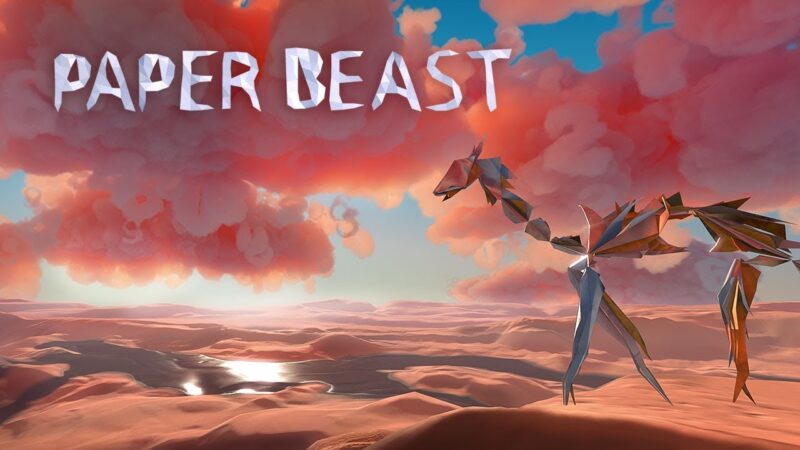 Paper Beast is an adventure game played from a first-person perspective. In the game, players explore a large ecosystem composed of various digital life forms originating from lost Internet codes and algorithms deep inside the Internet. In the adventure mode, the player assumes control of the first explorer and must navigate the world through manipulating the environment and interacting with the wildlife. Players are tasked to rescue them from dangers and predators, assist them in various ways, and use their abilities in order to progress in the game. The artificial intelligence, which governs the behaviors of these animals, will react to the player’s actions accordingly. Each species in the game also behaves differently and they have their own unique goals. The player can also modify the terrain so as to overcome environmental obstacles.

The game also features a sandbox mode, which has elements of a god game. This mode allows players to experiment with different actions, such as modifying the terrain by adding water, rocks, and sand, changing the weather, and growing vegetation. The game’s physics system and AI will respond to these decisions, allowing players the observe the impacts of these actions. Animals also interact with each other in the world, and their interactions will also modify the terrain and leave behind imprints. Players can also add items into the world to further disrupt the ecosystem. For instance, players can be use an anti-gravity capsule to levitate the animals near it.

Paper Beast’s origami animals delight, but the resulting game is less than the sum of its parts.

One of the most incredible gaming experiences I have ever had in 40 years of gaming. Abstract, artistic and truly moving…this game left me in awe.

Like having one of those cliche native american spirit dreams, but actually good. Intensely moving, and short enough that you’ve got no excuse not to to fit it into your life if you have VR.