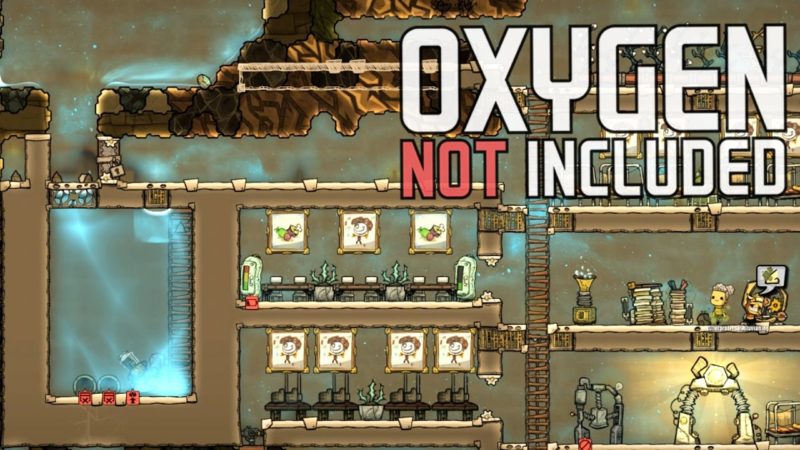 Oxygen Not Included is a simulation survival game. At the start of a new game, three colonists (referred to as duplicants) find themselves in an asteroid with isolated pockets of breathable atmosphere, with no memory how they got there. The player is tasked with managing and taking care of these duplicants as they try to survive and create a sustainable makeshift space colony. The player must monitor the duplicants’ hunger, waste, and oxygen levels to keep them alive. Each game’s world is procedurally generated. The world is then subdivided into various regions or “biomes” that contain different and often biome specific materials and critters. While initial areas have a breathable atmosphere, subsequent areas are in a vacuum or lack oxygen, requiring proper preparation by the duplicants before they explore these areas. The world also contains several hazards such as diseases and extreme temperatures. The game simulates the diffusion of gases and equalization of atmospheres when a new natural chamber is opened, which can cause oxygen levels to drop in existing chambers, as well as the draining of liquids by gravity.

ONI is one of the only great games I’ve played this year. Klei’s masterful work creating individual, dense, and informative systems that build on one another while also communicating via the lighthearted animation is a tremendous task to have accomplished.

One of the masterpieces. The game does not leave time for rest. Every step should be thought through, so as not to break the fragile infrastructure of the base. Constant updates and additions to diversify the gameplay.

Have never felt so okay to restart a game over and over again like this one. 10/10 always do it better.