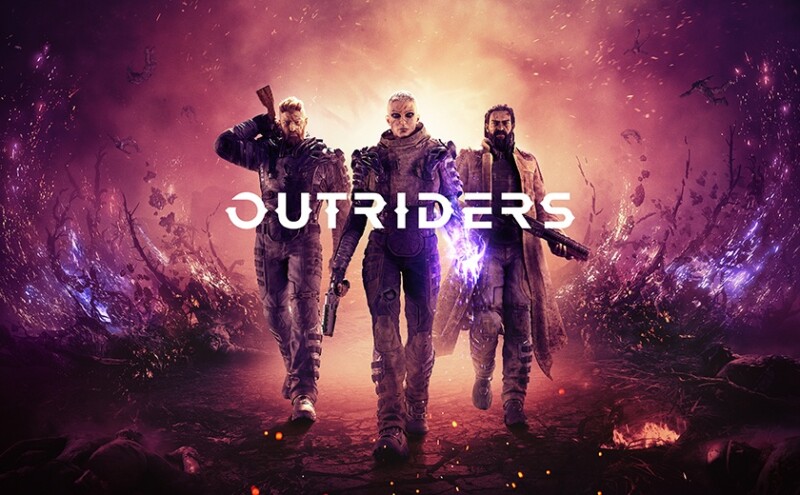 OUTRIDERS is a 1-3 player co-op RPG shooter set in an original, dark and desperate sci-fi universe. As mankind bleeds out in the trenches of Enoch, you’ll create your own Outrider and embark on a journey across the hostile planet. With rich storytelling spanning a diverse world, you’ll leave behind the slums and shanty towns of the First City and traverse forests, mountains and desert in the pursuit of a mysterious signal. Combining intense gunplay with violent powers and an arsenal of increasingly twisted weaponry and gear-sets, OUTRIDERS offers countless hours of gameplay from one of the finest shooter developers in the industry – People Can Fly.

A DARK AND DESPERATE JOURNEY
Discover the hostile planet of Enoch as you embark on a journey to the source of a mysterious signal.

DYNAMIC 1-3 PLAYER CO-OP
Play single-player or join up to two friends in drop-in drop-out co-op as you tackle the horrors of a hyper-evolved planet.

FOUR UNIQUE CLASSES
Create and customise your own Outrider and choose from four unique classes each with its own skill tree to define your own playstyle.

SCAVENGE & ADAPT
Customise and upgrade your Outrider with countless items of mod-able guns and gear, as you leave humanity behind.

Buried by an unsatisfying combat loop and bad campaign, Outriders is a forgettable loot game that ends right as it’s getting started.

People Can Fly’s Outriders mixes a lot of well-worn shooter and RPG elements to create something that feels fresh, if you can get used to its balance.

I went into this game with no expectations. Sever issues are pretty standard with any day 1 launch. Surprisingly love the story, the shooting, and fighting mechanics are awesome! Still have a ways to go and I am thrilled to get started on that gameplay soon!