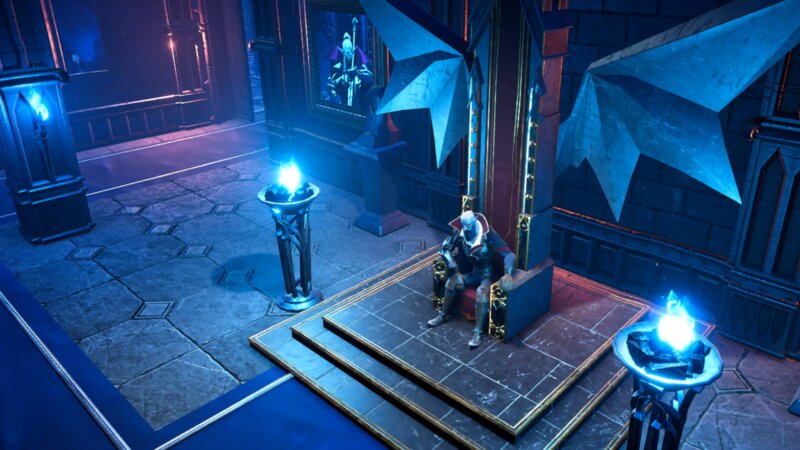 Stunlock Studios announced that they will be releasing a new open world vampire game V Rising for PC. “V Rising” has a trailer for his appearance today. Treat the player as a vampire, who has just awakened from a century of sleep, and who must survive in a world ruled by humans.

Stunlock Studios is a team of 30 people based in Sweden. Their previous games include Battlerite and Bloodline Champions, both of which are free action games focused on PvP. At the time of writing, V Rising does not have a planned release date.

The reveal trailer takes players into the legend behind the game, introducing them to a world once ruled by vampires but overthrown by humans. The player will start with a reawakened vampire, he must increase his strength, upgrade the castle and transform humans to develop his own empire.

Steam’s description reads: “Make allies online, fend off holy soldiers, and wage war against other players in a world of conflict.” The game is still in development, but this trailer marks the first step in its beta launch. V Rising can be played alone or in collaboration with friends. Stunlock Studios has an open world full of humans and supernatural creatures.

Stunlock Studios’ current roster focuses on PvP battles and fierce battles, so there is reason to believe that V Rising players will find more of the same here. But keep in mind that this appears to be the studio’s most ambitious game to date. The Steam page details that players should collect resources when planning, building and customizing castles, and considering the day and night cycles. But the core of V Rising seems to be a conflict-ridden gothic open world.

V Rising’s trailer and art style should attract the attention of gamers interested in goth aesthetics. The trailer tells an interesting story, the game promises online multiplayer, survival games and customization, but the game is far from being released. Currently, fans in any of these categories have been given reason to be excited about this title, but more information will provide an appropriate judgment.

That said, the blending effect that Stunlock Studios is after is definitely interesting. Either way, players must wait a moment to get V Rising in Beta form. I hope that all follow-up trailers and the game continue in good condition and that the release progresses smoothly.