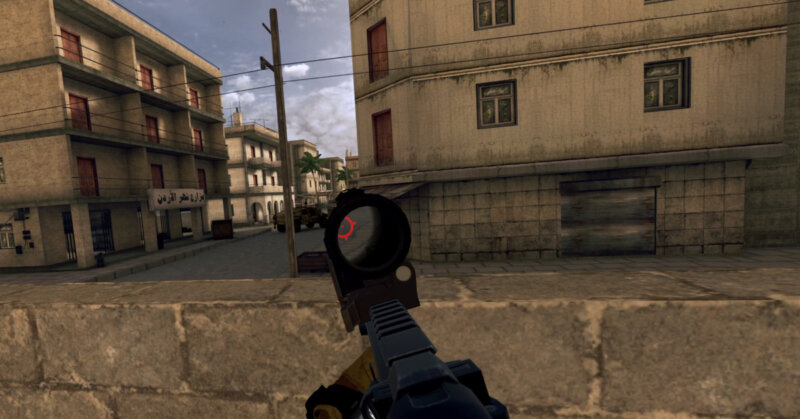 Facebook has acquired Downpour Interactive, the developer of the VR Onward military simulation. Mike Verdu, Facebook’s vice president of AR / VR content, said in a statement on the Oculus website: “as part of the Oculus Studios team, Downpour Interactive will expand upon its ethos of creating stand-out games that evoke the human spirit and give players a ‘downpour’ of emotion. We’re so happy to welcome them to the family.”

Everyone at Downpour Interactive will be joining the Oculus Studios team in some way, and Verdu uses this as a reason for the acquisition:

“We’ve seen great success with Onward on the Oculus platform for several years—first on Rift and more recently on Quest. Becoming part of the Oculus Studios family will give Downpour Interactive the opportunity to cultivate both the Onward community with the full support of Oculus Studios resources, and, in the future, pursue other projects.”

Verdu said Downpour has “exciting” plans for future projects and upgrades from Onward. The game has been in early access for five years. You can play the game on PC and Oculus Quest. You can also use many different headsets, not just the OculusRift. Verdu said it will continue to be compatible with all current platforms. At the same time, Dante Buckley, founder and CEO of Downpour, said in the game’s website FAQ:

“With us joining Oculus Studios at Facebook, we can now realize Onward’s full vision with tremendous support and resources. This means a better game for all our players on all platforms. There are no changes in hierarchy or in vision, everyone at Downpour is still working hard to deliver you the best game possible. Thank you all for your continued support, and stay tuned for future updates and content.”

Buckley said there will be no changes to Onward’s roadmap, but that the team will be able to “accelerate the development of new features.” At the same time, “this acquisition will not result in any personnel changes at Downpour Interactive, and the developers who worked on Onward prior to the acquisition will continue to do so now.”

This isn’t the first time Facebook has acquired a VR game developer. More than a year ago, Facebook acquired the Beat Saber Beat Games studio. If you’re interested in Oculus Quest but don’t want to deal with a mandatory Facebook account, I think the good news is that you can spend an extra $ 500 to buy a headset without the Facebook version.