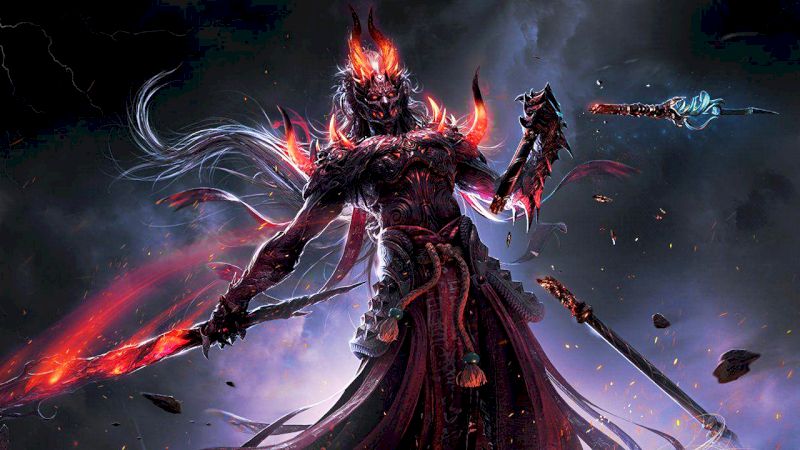 Like most battle royales, Naraka: Bladepoint is generally about offing your fellow gamers, however NetEase is now increasing the expertise with a full-on PvE marketing campaign entitled “Showdown.” The mode will see groups of three gamers tackle waves of baddies, earlier than going head-to-head with a difficult boss. You can try a trailer for Showdown mode, beneath.

“In Showdown mode gamers can tackle a brand new problem in groups of three (trios). Players will likely be pitted towards quite a lot of challenges of various difficulties as ferocious enemies encompass and assault them. As the issue ramps up, trios might want to talk and collaborate to outlive and emerge victorious. Showdown culminates with a very epic boss battle, because the groups face down Omni, a formidable and difficult boss; one who has orchestrated all of the evil doings and chaos befalling gamers up thus far.

At launch, groups could have 4 heroes to select from: Kurumi, Tarka, Valda, and Viper. Each will come geared up with their very own distinctive melee and ranged weapon set, encouraging gamers to utilise quite a lot of talents to sort out hordes of enemies throughout the map.

Progression is an integral a part of Showdown, with gamers rewarded for every success as they battle by way of the brand new game mode. Each character could be upgraded and will likely be gifted new tools, with the added capacity to unlock much more new expertise. As every hero builds their power and expertise, groups can progress towards tackling increased difficulties — and incomes considerably extra impactful rewards as they accomplish that.”

In addition to Showdown mode, Naraka: Bladepoint may also add a brand new map, Holoroth, later this month. You can try a teaser trailer for that, beneath.

Naraka: Bladepoint could be performed on PC and Xbox Series X/S. Showdown mode is offered to sort out right this moment, and the brand new Holoroth map launches on August 19.