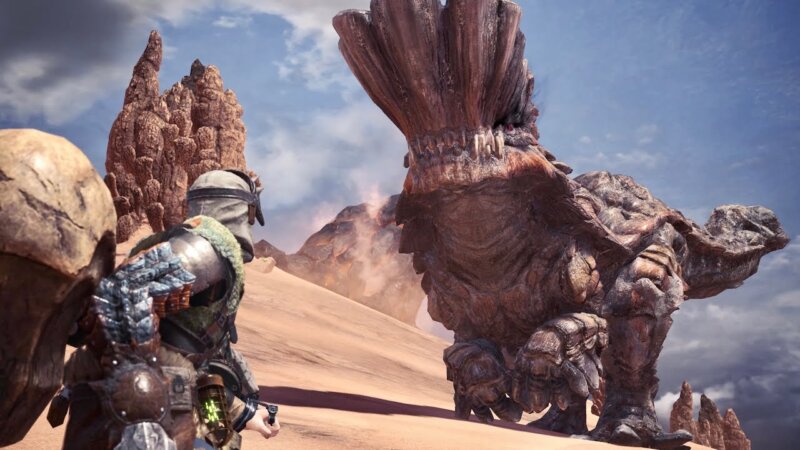 Monsters in Monster Hunter Rise have their own uniqueness and abilities, which distinguishes them from other monsters. However, as a hunter, this can work against you because you may need to develop a different strategy for each battle. That is where we step in. In this boss battle guide, we present the necessary strategies to defeat and kill Barros in Monster Hunter Rise. We have listed all the ways to attack and defeat Barroth.

This wild dragon is a monstrous beast found in the Sandy Plains area. He likes to be in the mud. He is a water element monster that is the target of 5 different quests. As a figure, he wears heavy armor, the skin around his head is thick, and his movements are relatively slow. It is possible to sculpt its massive head to gain valuable resources, so be sure to expend a little extra energy to break up its crown area, this is not easy.

All Attacks of Barroth in Monster Hunter Rise

Players should focus more on defending with the monster. Since the monster is slow, you will have enough time to attack. Don’t attack him head-on because his head is blocked. Just try to attack him from the front when using a blunt weapon. This should be the weapon of choice for this battle. Aim for its forearm and tail, because this is its weakest point.

During the entire battle, he is covered in mud most of the time, so it is difficult to cause more damage. But to solve this problem, use elemental weapons of water and fire. When it is covered with mud, it will be weaker than water, and when it is clean it will be weaker than fire. We recommend that you keep hitting it until the mud clears to make it more vulnerable.

But this vacancy is short, because he will roll into the mud and be coveredagain. The dirt will stay on the ground for a while so be careful not to step on the dirt as this will slow down your mobility. Try to avoid all his attacks, because he is very powerful and each attack will cause some serious damage.

Before he launches a fierce attack, you will hear him make a whistle and a visible steam will come out of his nostrils. It will also take a few steps back, so remember to avoid it whenever you hear that sound and see see him backing off. For a blow to the head, you will notice that his head moves all the way up. Little by little it will raise its head, and this is where you will go.

When the hunter say “Watch out!”, it will signal the mud sling attack. This is the advice for you to realize that there is a mud sling and clear the area. Its tail will rise in a straight line before the tail swings, just like its head hits the head bash. Just watch his tail lift up and dodge.

Remember, Barroth is slow and has tough, powerful skin. This combo can be fatal, but according to our strategy, you will easily kill him. This is how we beat Barroth at MHR.