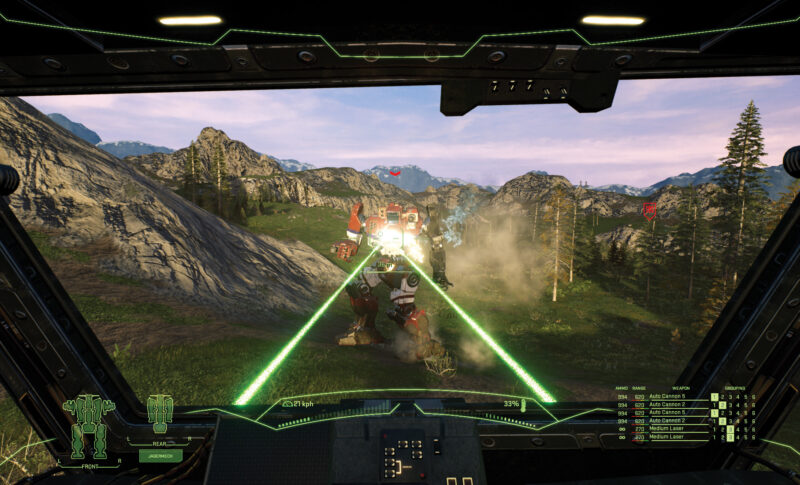 Here are some tricks and tips beginners can use to avoid making mistakes in the beginning of the game:

Not Repairing Before Travel

The phrase “failing to prepare is preparing to fail” is very appropriate in MechWarrior 5: Mercenaries, because players need to spend a lot of time managing their company, their mechas, their pilots, etc., in order to have the best chance to complete Missions. Time management is another factor that players should pay attention to, because most actions in the game take several days to complete, which costs players money.

Many mechs in MechWarrior 5: Mercenaries are equipped with jumping jets, which will help the player’s mobility when roaming on the battlefield and avoiding enemy attacks. However, the game does not make it clear to players that this seemingly safe game mechanism actually causes fall damage. Most players don’t expect that jumping in a video game will cause fall damage, so they won’t notice minor damage to their mech legs until a few hours after the game starts.

In the fierce battle, many players fall into the trap of attacking as many as possible, especially when their mech health is very low. In many cases, this can turn into a fatal player error because it can cause their mechs to overheat. Overheating is a serious problem in MechWarrior 5 because it can incapacitate players, making them easy targets.

With so much micro-management required in MechWarrior 5, players can easily become complacent when they just want to jump between tasks. Some players will receive a special add-on when approaching the next mission, and will quickly cycle through many screens, ignoring multiple features that require attention, such as negotiation.

The negotiation mechanism in MechWarrior 5 may not be the most in-depth or the most attractive, but it is important to do so because it will bring greater rewards to the player’s hard work. Players are assigned negotiation points before performing tasks, and they can use these points to earn higher payouts for factors such as Damage Coverage and Salvage Shares.

Another mistake many players make when choosing Mech is related to their supplementary pilots. When preparing for the mission, some players will spend a lot of time choosing or adjusting and customizing their mechs, and then randomly assign them to teammates. Ensuring that teammates are fully prepared for battle is as important as preparing for playable characters. Therefore, players should ensure that their teammates have the latest mechs suitable for the upcoming mission; otherwise, they will soon find themselves fighting the enemy fleet alone.

When defending a base from a tough enemy, players can easily gain tunnel vision and only need to focus on destroying the enemy as soon as possible. This usually results in players trying to move deeper and pass through the heart of the defensive point guard. Unsurprisingly, the giant mechs in the game are not designed to closely observe their footsteps, so they may eventually annihilate the buildings they desperately defend.