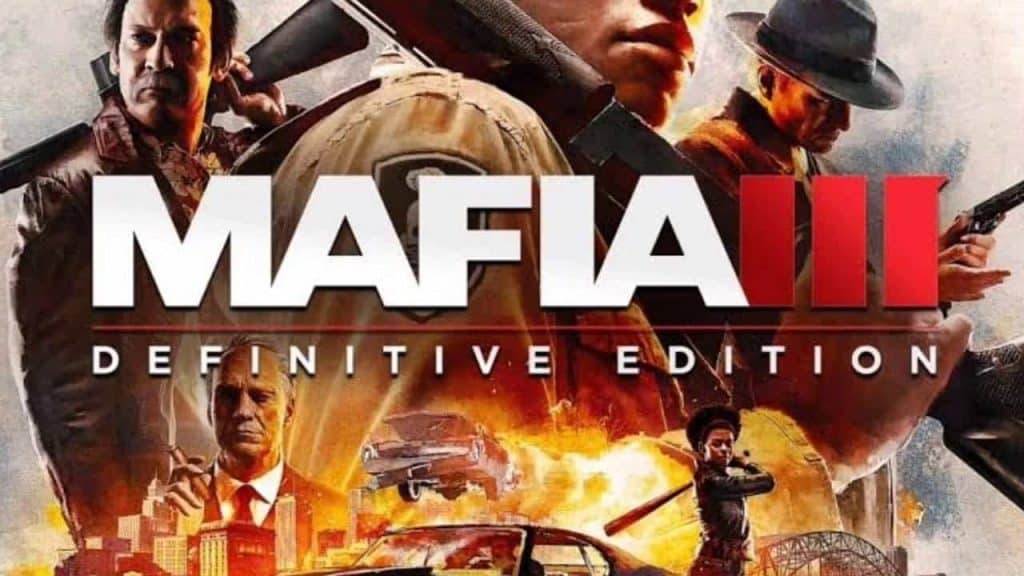 Mafia III is an action-adventure game set in an open world environment and played from a third-person perspective, in which the player assume control of Lincoln Clay, a Vietnam War veteran on a quest to seek revenge for his adopted family, who are murdered by local mobs. The game is set in 1968 New Bordeaux, a re-imagined version of New Orleans, with the game world being larger than the Mafia and Mafia II maps combined. Mafia III’s map is made up of ten districts: Bayou Fantom, Delray Hollow, Barclay Mills, Frisco Fields, Pointe Verdun, Tickfaw Harbor, Southdowns, River Row, Downtown, and the French Ward. Players can complete objectives using a variety of approaches. For example, players can use the weapons provided in the game, like shotguns and revolvers, to eliminate enemies, or call for allies, who arrive in a van and assist players.

Alternatively, they can make use of stealth tactics throughout the entire mission without being noticed by enemies. The core gameplay revolves around gunplay. In addition, players can also perform executing moves and engage in melee-combat. The game features a cover system, allowing players to take cover behind objects to avoid enemy gunfire or detection. Players can interrogate non-playable characters after defeating them in order to gain more information on their objectives, like scaring them while driving a car. Players can attack and overrun locations owned by the Italian mob, and assign one of their lieutenants to operate around the local area. The game allows players to drive cars from the era with realistic driving mechanics and sounds.

Mafia III Definitive Edition is not a remake or remaster but simply the third game with the DLC and bonus packs included, a solid entry into the Mafia series but by no means the best.

With a couple more years of open-world games behind us, I think it’s clear that Mafia 3 is middle of the pack. It looks good and sounds good, but the core gameplay tasks aren’t as tight as they should be. The story is well presented but lacks the spark you find in more straightforward RPGs.

I’m leaving a legit review here:When I first started playing this game I was obsessed! The graphics and narration scenes along with the gameplay and storyline had me reeled in. But after about 4 hours of gameplay, the special missions that made it so fun were gone. Now it’s a bunch of go and kill or interrogate “Jerry” with no purpose behind it. This game had a great start and it feels unfinished and rushed to be honest. Go spend your money elsewhere.