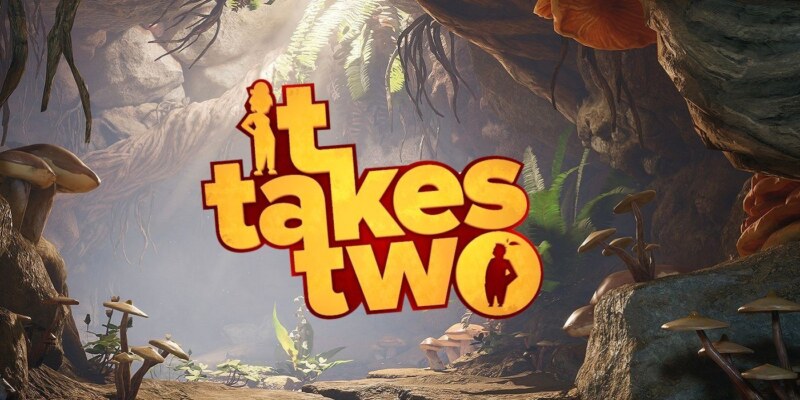 Embark on the craziest journey of your life in It Takes Two, a genre-bending platform adventure created purely for co-op. Invite a friend to join for free with Friend’s Pass and work together across a huge variety of gleefully disruptive gameplay challenges. Play as the clashing couple Cody and May, two humans turned into dolls by a magic spell. Together, trapped in a fantastical world where the unpredictable hides around every corner, they are reluctantly challenged with saving their fractured relationship.

Master unique and connected character abilities in every new level. Help each other across an abundance of unexpected obstacles and laugh-out-loud moments. Kick gangster squirrels’ furry tails, pilot a pair of underpants, DJ a buzzing night club, and bobsleigh through a magical snow globe. Embrace a heartfelt and hilarious story where narrative and gameplay weave into a uniquely metaphorical experience. It Takes Two is developed by the award-winning studio Hazelight, the industry leader of cooperative play. They’re about to take you on a wild and wondrous ride where only one thing is for certain: we’re better together.

It Takes Two is a beautiful, breakneck-paced, co-op adventure that’s bubbling over with creativity.

An excellent co-op adventure that doesn’t take itself too seriously, and that’s the only place it falls short.

This game is just beautiful, full of fun and I can tell it’s full of great mechanics. Dr. Hakim looks pretty creepy to me tho, but I love it.