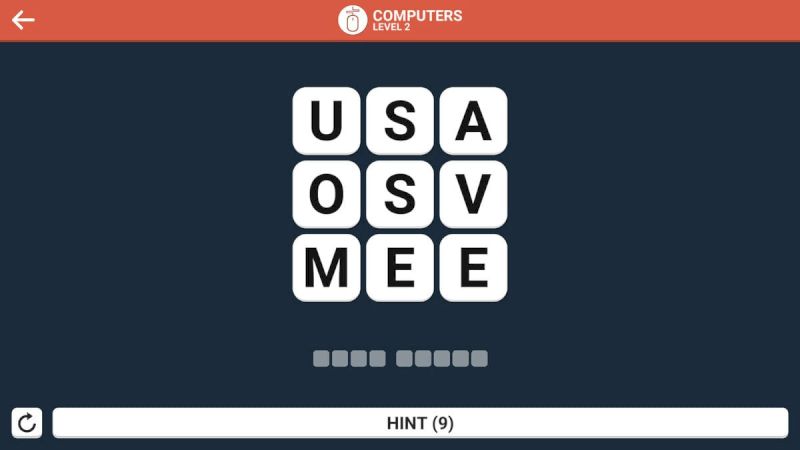 Word Games rule and WordFu is one of our favorites, but is WordFu worth playing in 2022? There is no shortage of word games and mobile games lately. Blink while playing one and forty more have dropped. So what has WordFu done to keep up with the ever changing market? What additions have been added, and do they make this game still worth your time? Well, very little. But it has some spiritual successors you may already love.

WordFu is a word game, but not in the typical sense. It’s pacing is a bit more frantic and it has a delightful sense of humor to it. The game plays like this:

You get nine dice. you roll and toss ’em to show letters. Yes, you can reroll if need be. You then have to make as many words as possible. What is cool about that pacing is, that a short game can lose a minute, and typically the longest game will only be five to ten minutes.

As much as we try to avoid this diagnosis as game stans, this one is a no-go. Don’t get us wrong. The core game of WordFu is a word game we live for. If you dig the core loop, you will still love it. But is WordFu worth playing in 2022? Not really. For those coming back, the game has little to no reason to start flicking those fingers again. And for those WordFu stans that never stopped playing, we salute you.

BUT, WordFu is a great gateway game to the now-beloved Wordle. Wordle might honestly be one of the most well-received word games of all time. It feels like Scrabble meets Squid Game. Not that anyone dies, but the pressure, man, THE PRESSURE!

Also, WordFeud is another yes from us. While WordFu may be dead, it birthed some wonderful kin we play on the daily now.