Is Slime Rancher 2 on Game Pass? 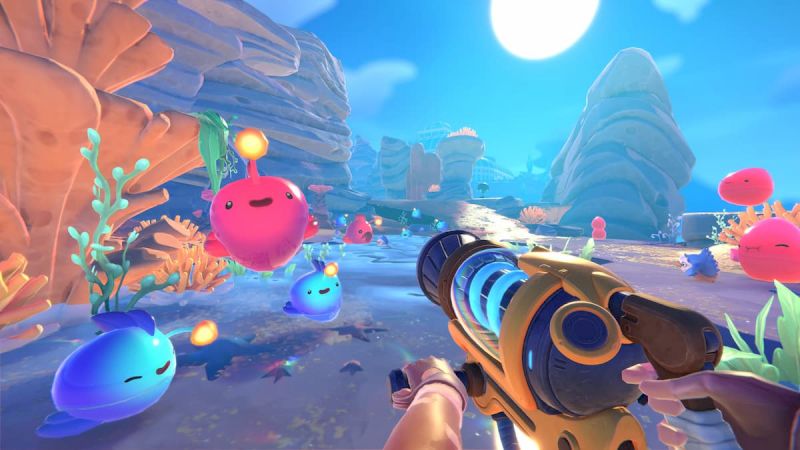 Slime Rancher continues to be one of the most popular, unproblematic games on the market, so it’s no wonder why its successor is getting so much publicity! As Slime Rancher 2’s release date draws nearer, speculation and rumors regarding the release of this game continue to grow.

It’s understandable why so many fans of the franchise want to know all the ways they can get their hands on this game, so it’s no surprise that so many people want to know if they can get this adorably addictive game on Xbox Game Pass (especially since Game Pass’s archives are already so massive). Keep reading to find out if you’ll be able to get Slime Rancher 2 on Game Pass!

The short answer is yes, Slime Rancher 2 will be on Xbox Game Pass. In fact, not only is Slime Rancher 2 coming to Xbox Game Pass, but it’s coming to Game Pass on the first day of its release! Game Pass users won’t have to wait a single day to play Slime Rancher 2, they’ll be able to get to ranchin’ on the exact same day the game releases, September 22nd. If you haven’t invested in Game Pass yet, now would be the perfect time to do so; you don’t want to miss out on all the new amazing releases coming to the platform this fall!

What is Slime Rancher 2 About?

For those of you not familiar with the franchise, Slime Rancher 2 is the sequel to Slime Rancher, a delightful game about managing a ranch full of sentient slimes. In both games (Slime Rancher and Slime Rancher 2), you get to play as Beatrix LeBeau, a quirky young rancher who wants to try her hand at ranching the adorable alien creatures known only as “slimes” on the Far, Far Range. You get to chase down slimes of all kinds on an alien planet full of squishy, adorable life!

Slime Rancher 2 will be very similar to its predecessor, in the sense that you’ll be chasing down alien slimes and building homes for them on your ranch. The sequel will offer a much larger variety of slimes, however, and even more territory for you to explore! Slime Rancher 2 will be like Slime Rancher in many ways, but the ways in which it will be different will blow your mind!

If you’re not done with the first Slime Rancher yet and want to finish it before you move on to the sequel, check out GamerJournalist’s dozens of guides on the game to give you an extra boost!