Is Pokemon Scarlet and Violet Multiplayer? 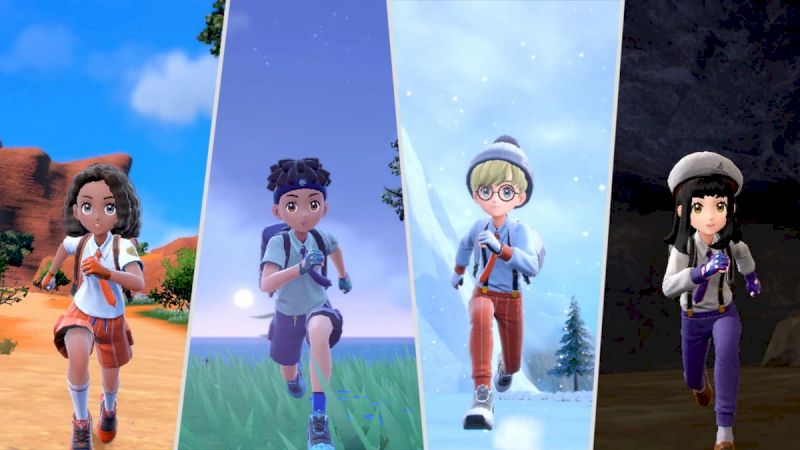 For years, Pokemon always felt like a solo affair. Don’t lie, you’ve definitely watched the anime and always imagined what it would be like tackling the tall grasses with a buddy. Sure, there is Pokemon Go but what about being able to play through a main series title together? Fortunately, Pokemon Scarlet and Violet promises to allow that wish-fulfillment to come true. So, is Pokemon Scarlet and Violet multiplayer?

Is Pokemon Scarlet and Violet Multiplayer?

Yes, players can play together in groups of four. Now you can finally explore each other’s Pokemon world and adventure together at the same time. The official Twitter itself is touting Scarlet and Violet as the “First Open-World RPGs in the Series.”

Gone seem to be the days when you have to use link cables. Even wireless close-by links to trade pokemon or battle with friends are a thing of the past. WiFi is an amazingly wonderful thing for sure. Nintendo has used it for the Pokemon Bank as well as the creation of Wonder Trading. Now we are getting even one step further toward that streamlined online multiplayer experience. We have finally gone beyond just simple co-op or basic trading and battles.

Multiplayer co-op comes as a very promising move forward for both interactive gameplay and a more connected community. Players have been asking to become more connected with each other ever since Pokemon Go started as a vast real-world, in-person community starting in 2016. This 4-player co-op will most likely also allow players to travel to and from each other’s games and help add and build on each individual player’s progress no matter where they are individually in their own games.

What You Need to Know About Pokemon Scarlet and Violet

The four-person co-op play seems to be one of the more exciting highlights of the trailer and the latest announcement for the games. Along with this are also the reveal of 2 professors, the legendary box art pokemon revealed, and footage of gameplay very similar to Pokemon Legends Arecus. Expect even more updates and information releases in the coming months as we anticipate the November 18th release.

Related: 5 Things to Expect from the Pokemon Scarlet & Violet Trailer on June 1