Indie roguelike Shoulders of Giants boldly asks ‘what if a frog piloted a mech?’ 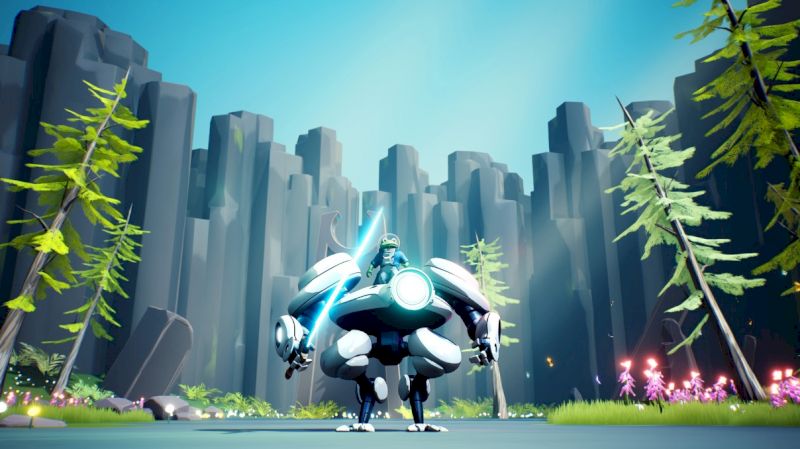 I’m a easy man, a easy man who loves frogs. Thankfully, many indie devs appear to share my ardour, what with the deluge of video games starring the little green amphibians coming down the pike. One of probably the most thrilling but is Shoulders of Giants, lately showcased on the Epic Store Summer Show.

This motion roguelike sees you controlling an area frog piloting a samurai mech swimsuit, switching between them for ranged and melee assaults respectively. The game helps as much as 4 participant co-op, and sees the amphibious warriors doing battle with the “forces of entropy” and restoring life to barren landscapes, a function that jogs my memory of the PS2 basic, Okami. From the game’s Epic retailer web page:

“The forces of Entropy are spreading chaos through the stars, corrupting living planets and urging on the heat death of the universe. Led by the psychic Owl, one scrappy team of space survivors are fighting to restore the balance. A mysterious mech! A sharpshooting amphibian! Together they must cut through waves of enemies and restore light and life to the galaxy!”

This first trailer and early screenshots exhibit a wide range of sci-fi environments, with craggy moonscapes and luxurious, restored wilderness, together with that favourite of sci-fi and fantasy artists in all places: columnar basalt. In between life-restoring missions, the frogs and robo-samurai appear to return to a hub sporting much more charming, anthropomorphic creatures together with a panda blacksmith and a psychic owl serving as a mentor and/or mission management.

Shoulders of Giants might be launched completely on the Epic Games Store this Fall, and you’ll comply with the game’s progress over on Twitter.