Hunt: Showdown devs look like cooking up some type of horrible, pilotable bug 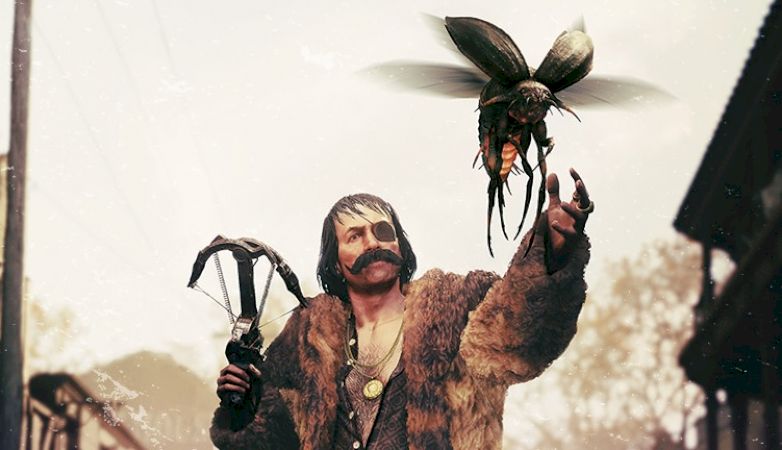 Two teases on Hunt: Showdown’s Twitter account within the final two days have satisfied me that the following characteristic and creature added to the game will likely be a flying surveillance bug that gamers can use to spy on opponents. And I feel it could possibly be arriving as quickly as subsequent month.

The above picture, shared yesterday, was really centered on the return of the promotional pores and skin Billy Story, a likeable homage to Daniel Day Lewis’ character from Gangs of New York. But cautious observers (ie, these with no less than one eye) can take extra from the flittering silhouette launched from Billy’s hand, a flying beetle that we have by no means seen earlier than. Surely this scary scarab is not only for ornament—it might be out of precedent for Crytek to indicate a element like this and never again it up with one thing concrete.

And in a short time, it did. Exactly 24 hours and 1 minute later, the crew at Crytek shared this quick video:

As present findings are comparatively new, and scientists have but to conclude their analysis, we will solely assume that additional data will likely be revealed within the close to future relating to this species, and their origins. pic.twitter.com/OfRPlCSZiNSeptember 22, 2022

It exhibits a hovering first-person digital camera patrolling certainly one of Hunt’s jail compounds. A creepy-crawling, upsetting exoskeletal sound could be heard. The closely vignetted imaginative and prescient—blackened like a contemporary safety digital camera—pulses in rhythm with a heartbeat. This has gotta be our bug.

The accompanying lore blurb for the video even alludes to a newly found creature: “As current findings are relatively new, and scientists have yet to conclude their research, we can only assume that further information will be revealed in the near future regarding this species, and their origins.”

To be clear, Crytek and the Hunt: Showdown crew have not explicitly introduced the existence of a bug merchandise or characteristic. But a number of info assist this educated guess:

Hunt community members had previously been speculating that some manner of beetle monster was to be Hunt’s next, unannounced boss. A video from Hunt YouTuber HomeReel laid out the case on September 9, pointing to patch notes and bug fixes that had reduced “the efficiency overhead of idle AI,” which HomeReel believed may point out Crytek laying the groundwork for a bug or swarm-themed boss made up of many.

Of course, Hunt kinda-sorta already has a bug-based boss: the Assassin, a skittering pile of crawlies that shifts out and in of humanoid kind, splitting into copies of itself, and sometimes protecting the participant’s display in bugs.

Hunt is only a few days away from the tip of its 60-day Serpent Moon occasion, and with Halloween being an ideal thematic match for the game’s creepy, horrific ambiance, releasing a brand new creature to accompany the Twitch drop-exclusive Billy Story character promotion (scheduled for October 12) can be a great way to kick off the season.