Home Guide How to Unlock All Missions in Stranger of Paradise Final Fantasy Origin Trials of the Dragon King
July 21, 2022July 21, 2022 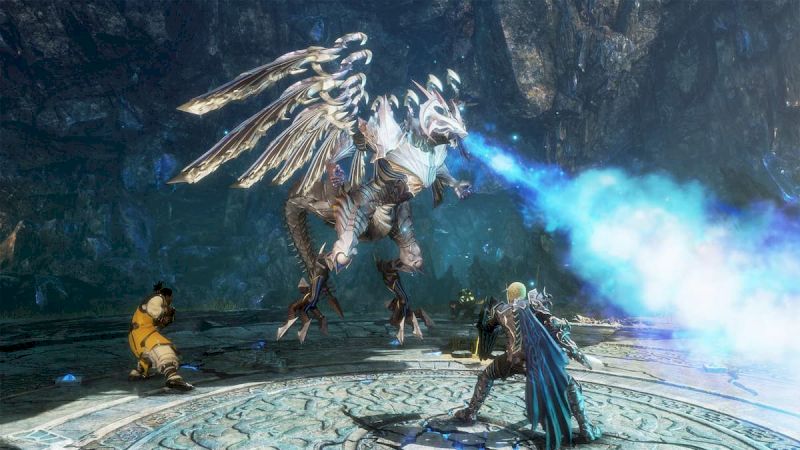 The first DLC for Stranger of Paradise Final Fantasy Origin is now available for play and download. With lots of new content such as accessories, new additional jobs, and chaos weapons, Trials of the Dragon King also introduces a fun creative way to go about unlocking missions. The main storyline is featured through the Conversations with Bahamut, some missions are unlocked after you talk to the King of Dragons, while others are unlocked after completing other missions. So let’s take a look at all the missions unlocked in Trials of the Dragon King, their locations, and how to unlock them.

It would be good to remember that you can ONLY play these missions and have the Conversations with Bahamut in the also recently added BAHAMUT Difficulty. You have to use the CHASO Difficulty mode to play the first new Main Mission, Light of Possibility. Once you complete the first two main missions in this DLC, BAHAMUT Difficulty will be unlocked and you can only progress further by playing it.

While some of these missions are unlocked after specific cutscenes within Conversations with Bahamut, others unlock only after completing over missions or defeating certain bosses.

The Warrior’s, Monk’s, Theif’s, and Knight’s Despair missions can only be unlocked after completing the Token of Courage and Strength conversation cutscene. Both Mage’s Despair and Stranger’s Despair cutscenes are unlocked after defeating Bahamut. You will only be able to fight Bahamut after unlocking the Trials of the Dragon King mission. This mission is unlocked after viewing The Dragon King’s Past cutscene in Conversations with Bahamut. Finally, after you complete the Main Mission Cornelia’s Hope by defeating the Warrior of Light a second time, you will unlock both Ebon Memories: Hope within Despair and Dragon’s Despair.

Good luck with completing all your missions and unlocking every Conversation with Bahamut. There is a revamped boss you have already faced at the end of each mission to complete it. With the newly added Bahamut’s Trials, these fights can be a lot more difficult than last time.