How to Fast Travel in Diablo Immortal 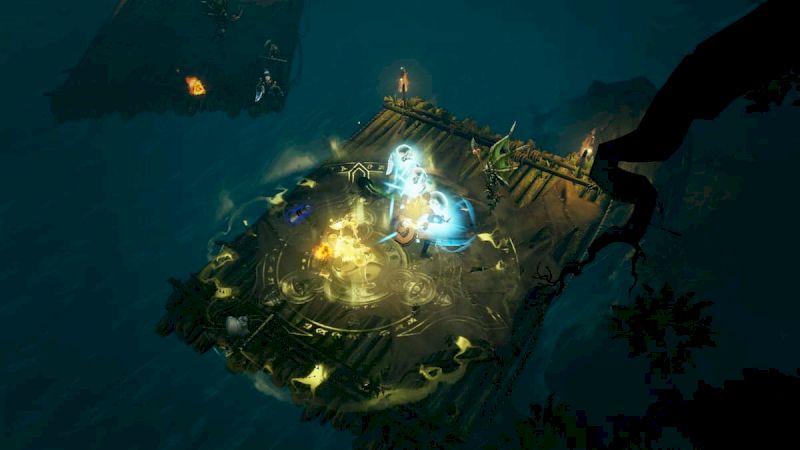 If you’ve landed on this page, then chances are you already know that Diablo Immortal has launched. With the epic open-world ARPG now free to download on all PC and mobile devices.

However, when you first open up the game, you’ll probably be taken back by just how big the map is. In fact, there are eight massive regions in total that the game is divided into. So, as you can likely imagine, travelling around these vast areas of the map on foot can be quite time-consuming. Which has led many to wonder if it’s possible to fast travel in Diablo Immortal.

Here is everything you need to know about how to fast travel in Diablo Immortal.

For those that don’t know, fast travel (or teleportation) is a special feature that’s found in a large portion of open-world video games. Allowing players to instantly travel between various spots on the map, without needing to travel that distance in real-time or on foot. Thus cutting the travel time down significantly.

So, with Diablo Immortal carrying one of the larger maps spanning eight different regions, you can imagine just how much this feature can come in handy over time.

Similar to various other titles, players will first need to discover an area before they can fast travel to that location later on. You will also need to progress in the story before you can unlock this feature. However, once this feature has been unlocked, you can fast travel in Diablo Immortal through the use of what are called “Waypoints”.

Related: What Is The Max Level Cap in Diablo Immortal?

Waypoints can generally be found in small villages or watch areas spread throughout the map, highlighted with a purple icon on the mini map. To unlock these waypoints, you just need to walk over to them. At which point the game will notify you that you can now use it to fast travel.

Each waypoint will typically be surrounded by civilians, so this is a good indication that there’s one nearby.

Afterwards, you can open up your map to see where each waypoint is located. Then, just select the one you want to go to and fast travel there immediately. Keep in mind that each fast travel will require you to charge it up for a few seconds beforehand. So, you should only do this when it’s safe to do so and when there aren’t enemies nearby.

If the location you want to reach doesn’t have a waypoint, then you can also use the auto navigation feature instead. However, this is a far less convenient method since you’re more likely to encounter enemies along the way. Meaning that you will probably have to take over at some point.