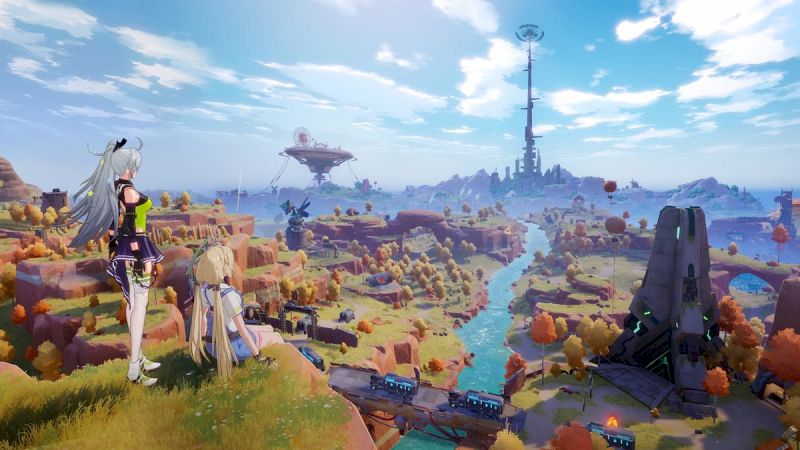 Tower of Fantasy has many hidden locations and chests in the game. One of the most prominent ones is on top of the Hykros Tower. While the tower is massive and impossible to miss in Hykros, no one would guess the hidden chest on top of it.

It’s a bit tricky to climb on top of the Hykros Tower so let’s look at the guide.

Related: Can You Pull Characters from Black Nucleus in Tower of Fantasy

The hidden chest is at the top of the tower. However, the tower is extremely tall and most players will run out of their character’s stamina before they reach the summit. Just like Vitality, stamina is a limited resource in the game. Here is a simpler way to do it without failing.

To start climbing, first use your jetpack to land on the bottom ledge of the vast dome like structure. Once you are at the bottom, you can either use the second charge of your jetpack to climb on the top of the dome or climb manually. Keep in mind you only have two charges of the jetpack before it goes into a long cooldown in Tower of Fantasy.

After reaching the top of the dome, you will notice a straight pillar like structure. The only way to go up the pillar is by manually jumping and climbing it. However, the pillar is tall and you will run out of stamina during your expedition. There is a small trick to climbing without losing stamina.

Players can use the ‘Spacebar’ key two times to jump and grab on to the pillar. Then they will use the ‘Ctrl’ key to leave climbing and instantly use double jump again to move up. The character will automatically grab on to the pillar’s wall after the double jump. Repeating this step will lead to an easy climb without using a single ounce of stamina in Tower of Fantasy.

Once you reach the top, you will see a Special Supply Pod. Open it to unlock the Avatar frame executor.