How to Use Drones in Super Bullet Break 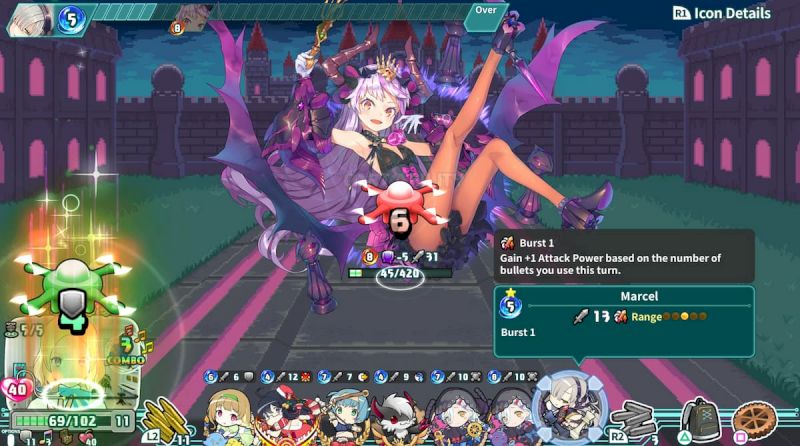 In Super Bullet Break there are 7 stages represented by 7 unique and separate video game worlds. You investigate each glitching game and attempt to save them from never being played again by ridding the game of the Singulaladies causing problems. Each game has its own set of NPCs that help you by becoming the cards you use in your deck called Bullets. Depending on the game, those Bullets have a special group theme power that only they can utilize. You then can stack that power and it will create a unique attack to help you in your matches. For the game Phoenix Gunner, the beautiful gun-toting, often angelic-winged ladies of the game use special support drones to help attack, defend and heal as combat continues. Here is a quick how-to for using Drones in Super Bullet Break.

Depending on how powerful your Bullet card is, an ability of a Phoenix Gunner character can range from summoning 1 to 5 drones at once. There are even some Bullets that extend your range of having only 5 drones at a time to a max of 10. There are 3 different types of drones and they are identified by color. The Pink Attack Drone deals 3 damage to a random enemy. The Yellow Shield Drone adds 3 extra points of defense when attacked. The Green Healing Drone restores up to 2 HP. Each drone ability activates either at the beginning of your turn if designated by a specific Bullet card effect, or when they are destroyed.