How to Unlock Confinement in Tower of Fantasy 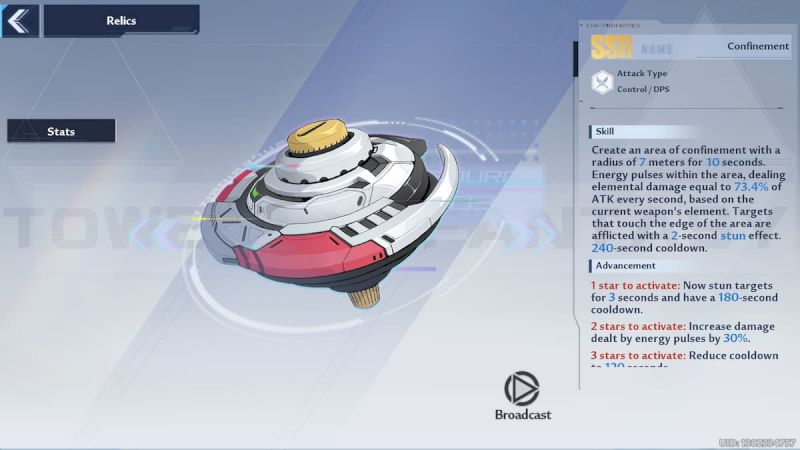 In Tower of Fantasy, you would be right in saying there are a lot of enemies wishing you dead. Wherever you go, there’ll be a stray aberrant or a lurking ravager that has it in for you. Have you ever wanted to simply avoid conflict, but couldn’t dash far or fast enough? What if I told you that you could put all of these pestering enemies in time-out? Literally.

What is the Confinement Relic in Tower of Fantasy?

The Confinement relic is an SSR relic that lets you summon a cage to keep any and all enemies contained. With them in a little prison, you’ll have a chance to escape, or heal up, or regenerate your endurance. Or even merely for the entertainment factor of watching them struggle. You sadist.

The game has this to say about the relic:

Create an area of confinement with a radius of 7 meters for 10 seconds. Energy pulses within the area, dealing elemental damage equal to 73.4% of ATK every second, based on the current weapon’s element. Targets that touch the edge of the area are afflicted with a 2-second stun effect. 240-second cooldown.

Such a useful tool (albeit with a large cooldown) could be an integral part of your arsenal, to allow you to have more control over the battlefield and better control your opponents. When leveled up, the cooldown gets cut in half, making it even more utilizable in battle. Additionally, with 5 stars, the Confinement relic causes localized earthquakes to suspend and damage enemies, allowing you to herd your foes, and wreak havoc.

That’s all good, but how do you actually unlock Confinement in Tower of fantasy?

How to unlock the Confinement relic

This relic requires you to obtain 30 Confinement relic shards, so it won’t be easy getting your hands on this portable prison.

Relic shards are gained as a reward for beating bosses, so you’re going to have to get your hands dirty.

Related: How to Unlock the Spacetime Rift in Tower of Fantasy

Once you have all of the shards, make sure to actually activate the relic in the relic menu before you can equip it.

Keep an eye on Gamer Journalist for more gaming and Tower of Fantasy content.